Abhishek Upmanyu is one of the finest young comedians in the country, representing fresh new talent on the scene. Known for killing it on stage, he hurls one cracker of a joke after another, thanks to his Shatabdi-fast delivery, unparalleled observational powers and skilled hands (that help him write). This time he is touring with a brand new comedy show, after having super SOLD OUT shows across world wide. DON'T MISS IT!!

Abhishek Upmanyu is a stand-up comedian, writer and a haiku enthusiast. He looks and sounds like a regular Delhi boy, except that he is harmless. Abhishek does kill though, mostly on stage, and has done so at the biggest of stages on the stand-up circuit. Upmanyu covers seemingly everyday topics with insightful and hilarious effects. With his Shatabdi-fast delivery & writing prowess, rap is an alternate career option for Abhishek but he refuses on principal. Having moved to Mumbai recently for 'better prospects' that may or may not materialize but is bound to make for some crazy material.​ 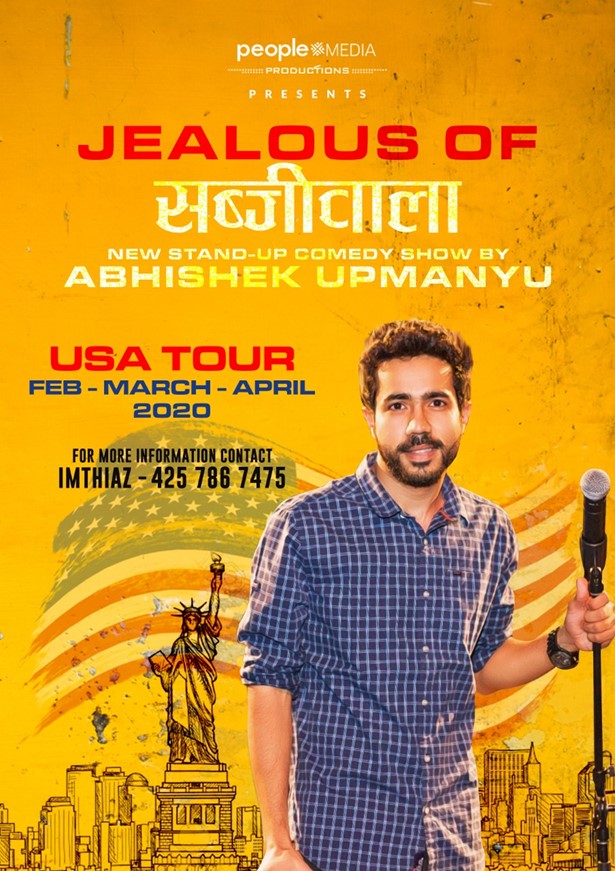