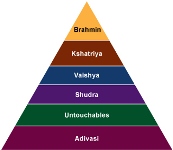 Background info on "Caste, Class, and Culture: Applying Bourdieu in Rural Nepal"
by Krishna P. Adhikari and David N. Gellner
Bourdieu’s Distinction has been hailed by some as the greatest sociological work of the second half of the twentieth century. Yet few have attempted to apply his methods in non-Western contexts. As South Asian societies increasingly adopt the market, including a mass market in Western-style education, and increasingly become class societies, the more salient Bourdieu’s questions about the relationship between class, mobility, and culture become. For the comparative sociologist South Asian societies offer one advantage over Western societies: there is a universally understood (even if contested and controversial) status scale, namely caste.
We have tried to adapt and operationalize the concept of cultural capital in ways that are culturally appropriate to Nepal, yet also capable of producing data comparable with work on cultural capital in Euro-American societies. Our overall aim is to investigate whether cultural differences have any role in explaining why Dalits score very poorly on all Human Development Indicators. Our research has focused on a cluster of six villages, and their nearby urban migrants, and records in-depth demographic, education, livelihood, and wealth data for 619 rural households. Taking a stratified 50% sample, we have interviewed every individual over 13 about their skills, tastes, and consumption patterns (1,203 people). In addition we have carried out long-term participant observation and ethnographic work in the concerned villages.
Putting these various forms of data together, we hope to be able to answer key questions about the links between caste, class, migration, education, and cultural consumption. In this presentation, a report on work in progress, we will present some preliminary results.
-------
Krishna P. Adhikari is a Research Fellow at the Institute of Social and Cultural Anthropology, University of Oxford, and Co-Investigator of the ESRC-funded project ‘Caste, Class, and Culture: Changing Bahun and Dalit Identities in Nepal’ (2013–17). After twelve years as a practitioner and manager in the field of rural development, he did a PhD at the University of Reading (2007) on the dynamics of social capital and community institutions. He edited Nepalis in the United Kingdom: An Overview, published by Centre for Nepal Studies UK, in 2012.
David N. Gellner is Professor of Social Anthropology in the University of Oxford. He gave the MC Regmi Lecture, ‘The Idea of Nepal’, in 2016. His edited volume Borderland Lives in Northern South Asia appeared with Duke University Press in 2013. Religion, Secularism, and Ethnicity in Contemporary Nepal (co-edited with S.L. Hausner and C. Letizia, OUP) was published in 2016. He has worked on religion, politics, ethnicity, and social change in Nepal since 1981 and is Principal Investigator of the ‘Class, Caste, and Culture’ project.​