Applications are invited for GAPI Educational Awards and Humanitarian awards ( 2015-2016) from students of undergraduate/ graduate programs and community leaders.

A total of four educational awards will be given based on applications received from students of Indian Origin residing and attending local colleges in the State of Georgia. Two will be chosen purely from merit & the other two on financial hardship.

The humanitarian awards (two) nominations may be made only by GAPI members in good standing.

Applications may be downloaded here. Please e-mail your applications/nominations to bindrak@emory.edu.

Humanitarian Awards: Nominations can be made  only  by active GAPI members. If you are aware of a deserved candidate and would like him to be nominated,  please talk  to your GAPI member friend. If you do not have one,  please e-mail the information directly to me at bindrak@emory.edu and I will be happy to evaluate and nominate the person  to the selection committee.Deadline is April 3rd 2015. 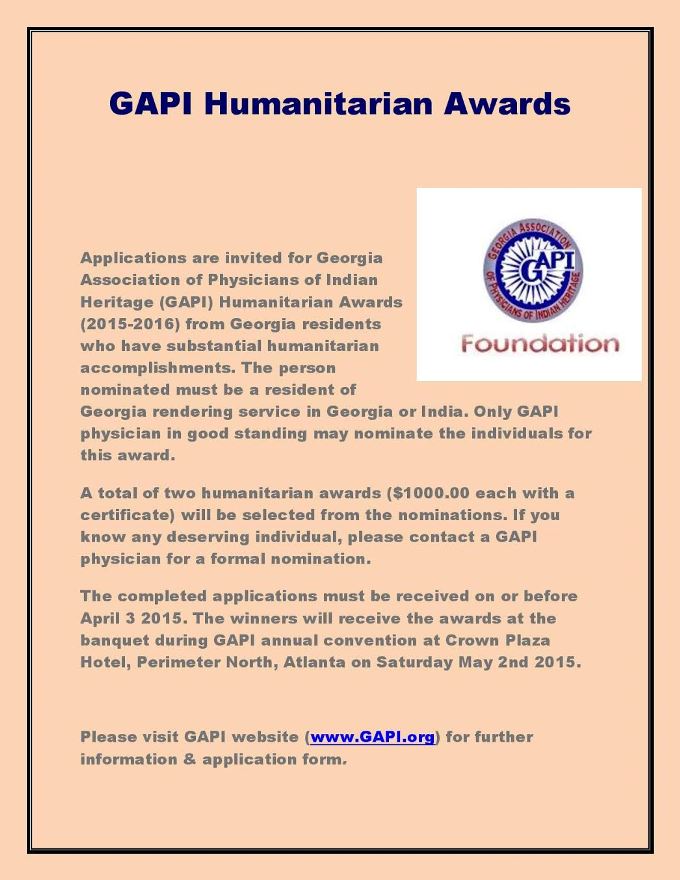