Time: There is silent meditation in the Chapel from 10:30-11am, before each Sunday’s talk. After the talk, devotees and friends meet in the Monastery from noon to 1:30pm, for tea, coffee, snacks and a continuation of our spiritual fellowship. Please join us!
PS: Please be on time. The service starts promptly at 11AM.
Venue: 2331 Brockett Rd, Tucker, GA 30084
Contact: (770) 938-6673 ; http://vedantaatlanta.org,   http://vedantaatlanta.org/calendar-of-activities-events/

August is a month for the study of Jnana Yoga, an approach to realization through analysis, discrimination, and reason. The goal is freedom from all limitation. Our scriptures and teachers say that life’s misery — its sense of imprisonment — is caused by seeing inaccurately. The jnana yogi may break through this framework of illusion and see only the Divine everywhere and in everyone. 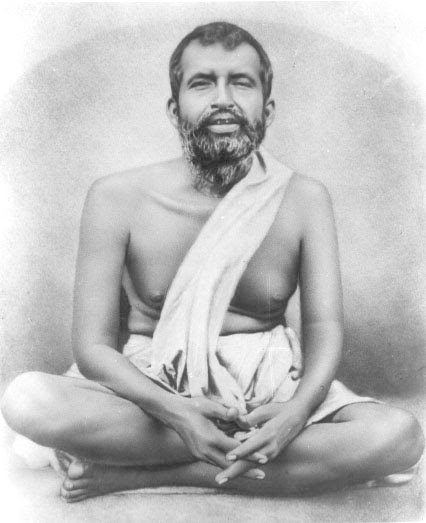 “Stand as a rock. You are indestructible. You arethe Self, the God of the Universe!” — Swami Vivekananda, CW V1 p246 (Immortality)

Sri Ramakrishna led his disciple Naren (who later became Vivekananda) from an attitude of deep Western skepticism to a conviction that this expression of Vedic non-duality is the literal and most fundamental Truth.

“The story of Ramakrishna Paramahamsa's life is a story of religion in practice. His life enables us to see God face to face. No one can read the story of his life without being convinced that God alone is real and that all else is an illusion…”

Next Sunday's talk will be about Sri Ramakrishna’s Jnana Yoga. Because the Master's intense devotional sadhana (spiritual journey) is so dramatic, his many teachings on the "wisdom” or non-dual path are often all but ignored.

Those who knew Ramakrishna well said of him: "He's all bhakti (devotion) on the outside, all jnani (knower of Brahman) on the inside."  On Sunday morning, Br. Shankara will discuss that “inner” Ramakrishna and his teachings on the jnani’s path to freedom.

Note: There is silent meditation in the Chapel from 10:30-11am, before each Sunday’s talk. After the talk, devotees and friends meet in the Monastery fromnoon to 1:30pm, for tea, coffee, snacks and a continuation of our spiritual fellowship. Please join us! 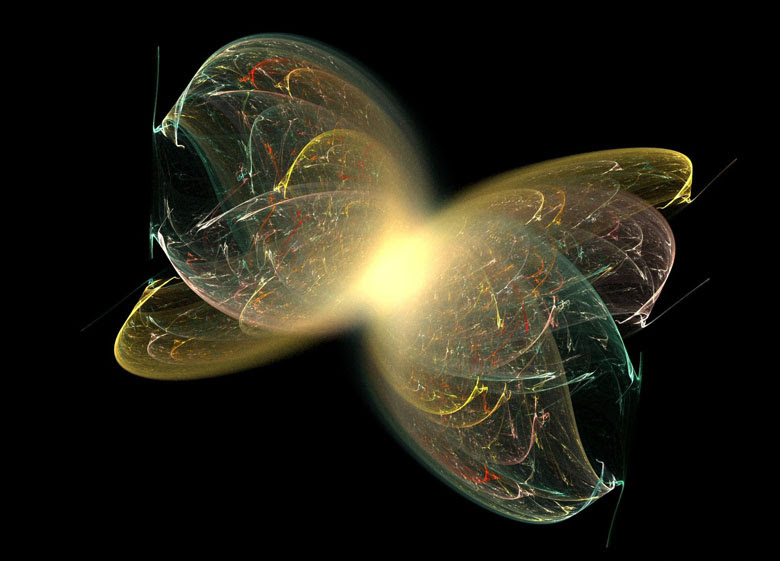 While still a young prince, Lord Rama tours Ayodhya, the kingdom he is to inherit. He sees samsara — the “quiet desperation” of human life — in all its many forms. Rama returns home depressed and disillusioned; his father, King Dasaratha, worries that Rama will renounce the world.

The king seeks advice from the Great Sage Vasistha, who assures him that Rama’s dispassion (vairagya) is no cause for concern. Instead, it a sign that Rama has begun to understand profound spiritual truths and is ready for spiritual enlightenment.

Rama’s father summons the prince to his court, where Vasistha begins a course of instruction that goes on for 21 days. His teachings and the answers to Rama’s questions are the scripture we know as Yoga Vasistha. The essence of that discourse was translated into English by Swami Sarvadevananda as, “Nectar of Supreme Knowledge.”

Vasishta offers the young prince many spiritual truths, including these from Chapter 2 – The Unreal Nature of the Universe:

“O my dear child! How strange is this world-bewitching maya! Being deluded by this maya, one cannot know the Self; though the Self has pervaded all through the limbs of the body.” (2:7) And, “As (a stage set) or as the mirage water in the desert, are not true, in the similar manner this observable universe is not true.” (2:8)

On Sunday morning Br. Shankara will discuss these verses, and others that explain what the sage means by “not true,” and tell us how to escape maya’s “magic show” and realize the all-pervading, ever blissful Self that is our birthright. 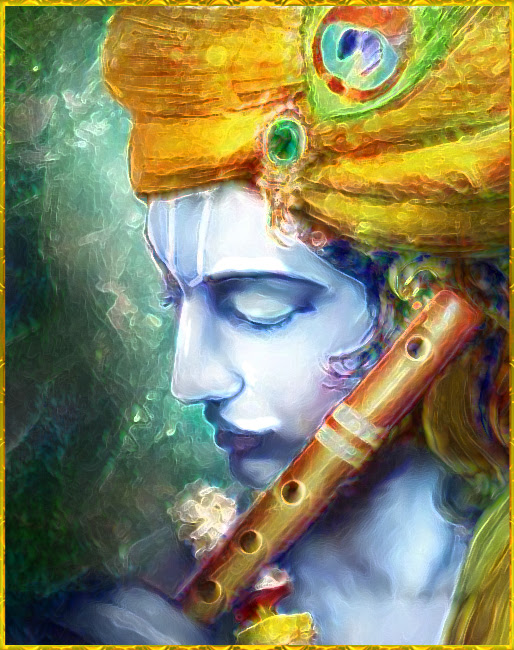 Sri Krishna said to his friend and disciple Arjuna —
“I am in all hearts, I give and take away knowledge and memory; I am all that the Vedas tell, I am the teacher, the knower of Vedanta… And since I, the Atman, transcend the mortal and even the immortal, I am known in this world and in the Vedas as the supreme Reality… This is the most sacred of all the truths I have taught you. He who has realized it becomes truly wise. The purpose of his life is fulfilled.” — Bhagavad Gita, Ch. 15 (Devotion To the Supreme Spirit)

On Sunday morning, Br. Shankara will discuss what Krishna is saying about Himself, and what He means by “truly wise” and “the purpose of life.”

We will explore qualified non-dualism (Vishishtadvaita); in this context the words Atman and supreme Reality gesture toward the same Truth, the simultaneously immanent and transcendent Godhead: Brahman, with attributes.

Adi Shankaracharya (Shankara) was a great sage of 8th and 9th Century India (788-820 CE). Though only 32 at his death, he wrote highly revered interpretations of many traditional Hindu scriptures, including the Upanishads and Vedantic texts. Shankara’s books of instruction such as Vivekachudamani (Crest Jewel of Discrimination), and his renowned ability to defeat the leaders of other philosophical schools in debate, helped change the spiritual thought current of medieval India.

During the 9th Century, time-honored customs of Indian religious life had been fragmented or discarded. Materialism, mercenary priestcraft, superstition, and bigotry were prevalent. Shankara and his disciples helped restore the Vedic scriptures and non-dual (Advaita) Vedanta to their former prominence in Hinduism’s Perennial Philosophy (Sanatana Dharma). A social, cultural, and spiritual renaissance followed; its effects were felt in China, the Middle East, and in Greece and Rome.

On Sunday morning we will define and discuss two practices that are central to Shankara’s teachings: viveka (discrimination between the unreal and the real), and vairagya (release of worldly desires and attachments).

Shankara says that — with active, sustained attention — discrimination and release will certainly lead an aspirant forward in spiritual life. And so, at last, to rebirth as a jivanmukta (one who is liberated while still embodied).

8/30
Devotion — Where Jnana and Bhakti Meet 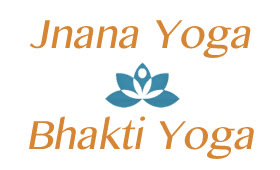 In his book Crest Jewel of Discrimination (Vivekachudamani), Adi Shankaracharya says, “Among all means of liberation, devotion is supreme. To seek earnestly to know one’s real nature — this is said to be devotion.”

In his treatise on The Way of Divine Love* (Bhakti Sutras), the sage Narada says, “… devotion is of three kinds, according to the predominance … of one or another of the three gunas …. The sattvic devotee devotes himself to God; his one ideal is to be free from the bondages of worldliness and to reach union with God.”

This coming Sunday morning, we will explore and discuss how these two statements, while superficially different, point toward precisely the same goal — Self-realization.

*Translation and commentary by Swami Prabhavananda

Come spend a few hours with fellow devotees and friends as we all work together to make our Center sparkle and shine!

Because of the hot weather, there will be plenty of work INDOORS, plus some outdoor work for the hail and hardy.  There will be a detailed list of things to do… so you can pick what suits you!

A yummy lunch will be provided… drink, chips, and a sandwich or salad made to order from RolyPoly. Free food, free fun, priceless fellowship and invaluable seva service to your Center… all at the same time. Can’t beat that with a stick!

If you can’t be with us the entire time, please come and stay as long as you are able. See you on the 8th!

Please note the 11am Saturday Morning Class is suspended  on 8/8 so that members who wish to can participate in Seva Saturday.