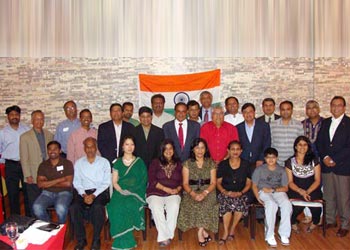 Chand Akkineni, convener of this networking event, explained the need for a network of organizations. A series of burglaries had occurred and the affected people had asked where to go for help. Every organization has an obligation to help its fellow members, but collaboration among organizations can facilitate this help. Attendees therefore agreed to form a Facebook network group, Georgia Indian Associations Network (GIAN), for the interaction of the officers of the organizations. There is no hierarchy—every organization is equal and can interact with others effortlessly.