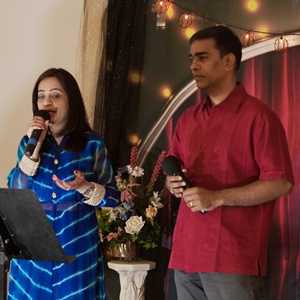 Malhaar Music Academy held its first annual recital for students on April 2, 2017 at Mountain View Community Center. Any celebration of ‘firsts’ is filled with a freshness that generates excitement and enthusiasm along with hopes of growth and fulfilment for those involved. Indeed this was amply evident by the end of this well organized and executed event. 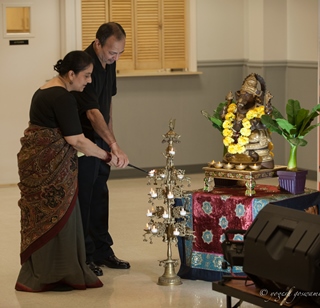 Lighting of the lamp by Navin Tyagi and Prabha Tyagi. (Photo: Yogesh Goswami)​

A welcome table adorned by Lord Ganesha and flanked by musically themed statues and fresh flowers at the entrance set the mood for an evening of music, fun, and camaraderie. Students ranging in age from 3 to 60 plus years and heights from 3 to 6 plus feet confidently belted out songs of their choice on an elegantly decorated stage, conceived by founder Purnima Mathur, with ardent support from her family and families of students, friends, and well-wishers. 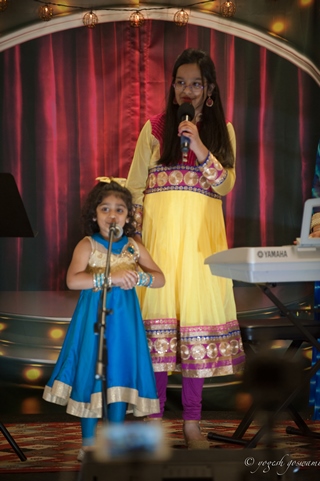 For many of the students it was their debut singing on stage with a large audience. Song selections varied from lilting slow ghazals to peppy, foot-tapping numbers, solos to duets, Hindi to Telugu, and karaoke to live accompaniment on piano. Students picked their selections and were ably trained by their teacher Purnima in a matter of just a few weeks to showcase their progress and abilities so wonderfully. Student after student spontaneously expressed appreciation for her dedicated teaching which has made their learning process so enjoyable. The entire program was live streamed on Facebook for the benefit of those who could not attend in person. 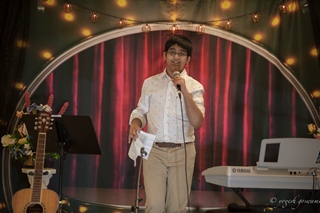 In addition to the melodies, the audience was well entertained by the humorous and genuine emceeing by young Hersh Mathur, that made the event light hearted and fun filled for all. Of course, the icing on the cake was the performances by Purnima herself and guest artist Yash Warke, a well-known and very talented singer and performer in the Atlanta area. 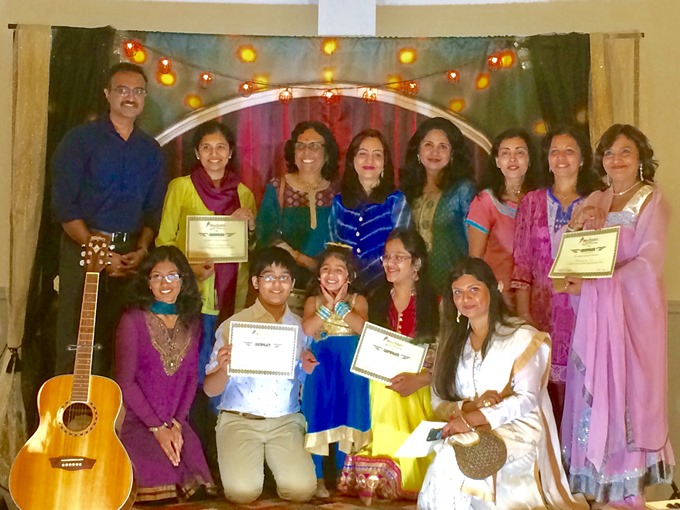 As young Hersh said, what makes Malhaar Music Academy special is that “the teacher makes friends with her students” and there is a lot of laughter during classes. Founder Purnima said that she sees music as the only way to share feelings of happiness and that is what prompted her to start the school. This inaugural recital definitely was a great beginning towards that aim. For two hours of a near perfectly timed show the hall was filled with happiness. And no emojis were needed to elicit the smiles that were seen all around. 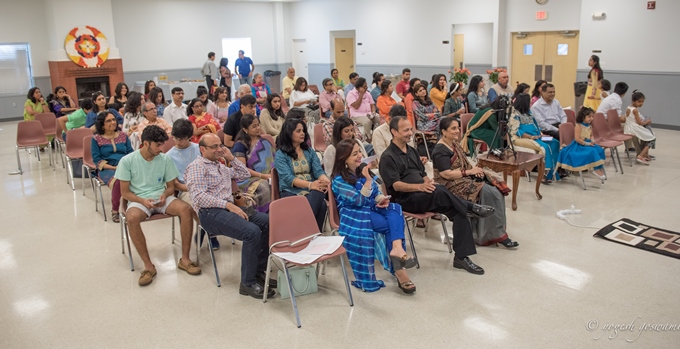