COVID-19  In-depth info for Indians in Atlanta/Georgia. Click here
Home > Magazine > Around Town > A walk through the colors of rainbow with Dhoop-Chaoon

A walk through the colors of rainbow with Dhoop-Chaoon 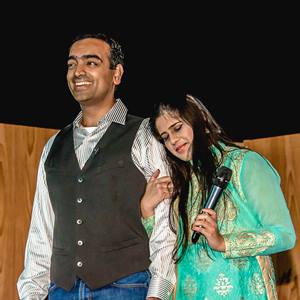 Dhoop Chaoon, Atlanta’s Hindi Theater group, that has carved a niche for itself with their dramas and lively musicals over the years, came together again this year to entertain Atlanta audience with another mesmerizing show on April 30, 2016 at Berkmar High School, Lilburn. The program was attended by a large audience that traveled from far and near, Atlanta suburbs and surrounding states. 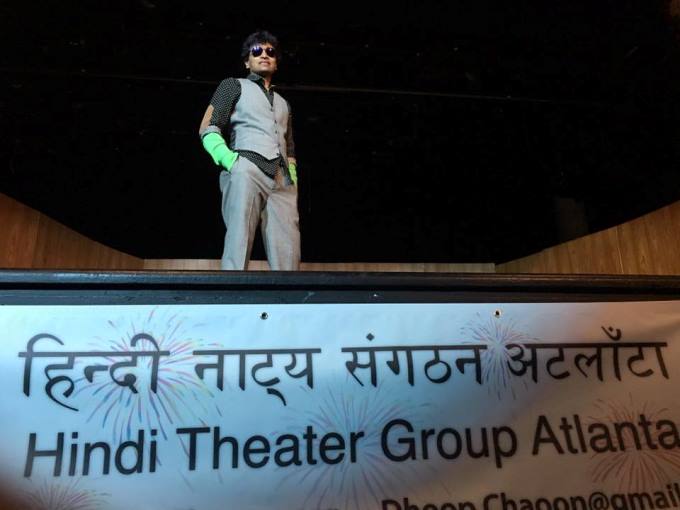 Complementing the beautiful colors of Spring in April, this year’s theme was “इन्द्रधनुष के रंग धूपछाँव के संग.” The theme was brought to life and momentum with the vivid imageries of the show which were a result of undying efforts of a team of 60 members that represented various nationalities in one silhouette.

The play “Gaj, Foot Inch” written by K. P. Saxena and finely adopted by Sandhya Saxena Bhagat conveyed the strong message of importance of education and how two people bound by the sacred institution of marriage, polish each other. The play kick-started the show with a funny bone.

The musical ensemble of dance items, “Hum kal, aaj aur kal,” was an entertainer in its wholesome flavors of message-giving, music, dance, storytelling, talent, and a comparative analysis of mindsets using different decades of Bollywood cinema as a prop, to convey the bitter truth of omnipresence of conservative thinking in all eras camouflaged in latest fashions. 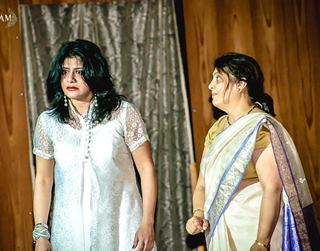 This was followed by a series of mini presentations: “Aao aaj man halka kar lein” raised questions ​about the various colors of rainbow and fathomed to seek answers to them. This diverse presentation walked us through different genres and forms of storytelling and drama by portraying the agony of a kin of a cancer patient (Kuchh Anuttarit Prashna), irony of being poor in an age of prejudice (Sikke ka Doosra Pehloo), satirical lesson to self-proclaimed responsible citizens (Sadak kiske baap ki), comedy on the importance of petty things in life (Chor chor mausere bhai), a story of a middle aged lady …hard to accept age (Mai Sasikala Godbole)​, and a tragi-comedy contrasting the loss of a kin with a social-media-selfie frenzy​ (Ye Aurtain bhee kya bala hain). 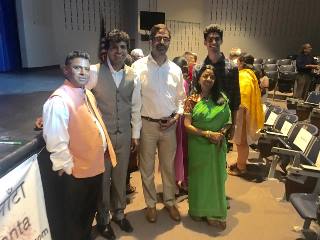 For more information about this group, please contact Sandhya Saxena Bhagat 404-585-7247 or dhoop.chaoon@gmail.com. 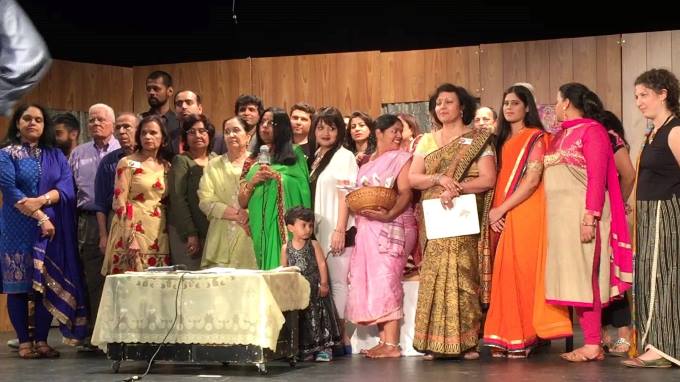