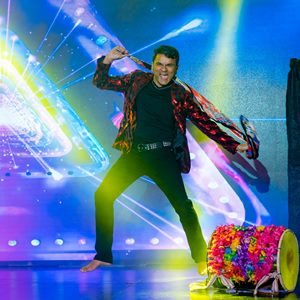 The third annual Vibha Vibe: Dancing for a Cause was held on April 20, 2019 at The Hotel at Avalon in Alpharetta, Georgia. After months of learning all the right moves, “celebrity” dancers showcased their high-voltage dance routines to a sold-out, 360+ crowd. The dance competition was modeled after TV’s Dancing with the Stars. Twisting, turning, and rocking on stage in glitter and sequins were eight pairs of dancers, local community and business leaders who showed their passion and commitment to Vibha—a nonprofit organization that ensures that every underprivileged child reaches his/her right to health, education, and opportunity.

A team of 25 volunteers ably led by Vindali Vartak, Tanuja Kadam, and Ruchi Iyenger planned the event, which has raised over $450k since 2017: It raised over $85k in its first year, just over $150k last year, and increased that to $220k this year. Funds support 30 projects in India and 7 in the U.S. “Vibha's Vibe: Dancing for a Cause not only makes sure children have their birthright claim to quality education but more importantly, a way for a community to come together and share in the kindred spirit to help children,” said Durgesh Das, Action Center Coordinator and 7-year volunteer with Vibha Atlanta.

Though Vibha Atlanta also organizes Dream Mile and cricket events, their Vibe: Dancing for a Cause is by far one of the largest, in funds raised from a cultural event. Community leaders are paired with a talented choreographer to perform a mix of Bollywood and Hollywood dance routines. Winners are chosen by audience members’ texts at performances’ end, and judges award Best in Show. “We're grateful the stars are willing to step out of their comfort zone and learn a dance to benefit the kids,” said Durgesh Das.

New this year, Vibha Atlanta recognized two local nonprofit organizations that exemplify the model “when every child succeeds, everyone wins.” It awarded PowerMyLearning Atlanta a $10k grant for its efforts to partner with under-resourced schools to strengthen relationships between students, families, and teachers. Marquese Scott, a YouTube sensation, represented PowerMyLearning with a solo dance performance which electrified the crowd. Children's Restoration Network (CRN) also received a $20k grant to improve the lives of metro Atlanta's homeless children and mothers. 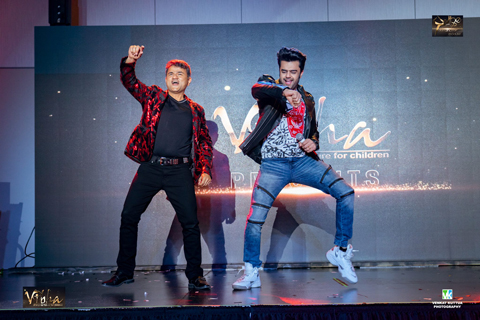 Evening festivities at the swanky venue included a formal, plated dinner and silent auction with jewelry, autographed sports paraphernalia, and more. Through the hard work of organizers and community for a worthy cause, Vibe 2019 was a huge success.

For more on the 8 dancing couples, see "This Year's Stars" below.

Dr. Kashmira and Dr. Anand Date are physicians and prominent scientists with the US Centers for Disease Control and Prevention (CDC) in Atlanta.

Prateek & Sarika Datta moved to Georgia from California in 2015. Currently, Prateek is working as Vice President at Quatrro Mortgage Solutions Inc. Prateek holds a Master's Degree in Business Management with specialization in Finance. Sarika Datta is the Founder & President of Jijivisha World Inc., an Atlanta based non-profit organization.

Cliff and Melissa Kinsey are honored to be part of Vibe 2019. Cliff is CEO and co-founder of Children's Restoration Network, a nonprofit organization that provides direct service programs with an emphasis on education and special events to homeless children and homeless mothers with children living in group homes and shelters in Metro Atlanta.

Sanjay and Jyoti Ahuja are probably the newest couple to move to U.S. and reside in Atlanta.

Keerti Gupta is a regional director at Pyramid Consulting, a proud supporter of Vibha. She danced with Kumar Vishal Singh, who works at UPS.

Dr. Veena Bhat originates from Mangalore, Karnataka and was raised in San Jose California. After completing her studies in California and Dental School in Chicago, she established herself in the Alpharetta area and has been practicing dentistry in her own practice, North Fulton Smiles since 2009, in Alpharetta GA. Dr. Nalini Kataria -Born and raised in India, moved to United States to pursue further education here.

“Vibe 2019: Special Performance by Marquese "nonstop" Scott”
Marquese 'Nonstop' Scott performs for PowerMyLearning at Vibe 2019: Dancing for a cause by Vibha Atlanta.
https://youtu.be/sTEGmBTBepg​