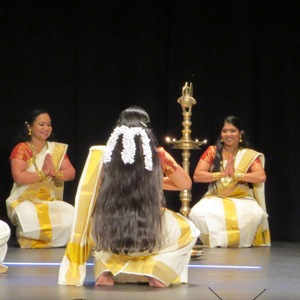 Onam is a festival of Malayalees or Keralites during the month of Chingam (Aug - Sep). It is believed that when Vishnu in his fifth incarnation came as the dwarf Vamana to test the good king Mahabali, he asked him for a boon: to be given the land he could cover in three steps. When he covered everything that the king had in the first two steps, the king asked him to step on his head for the third step; for keeping his word, Vishnu gave the king boons, one being to come back every year and meet his subjects (prajas). So at Onam, the king is welcomed back. Mahabali means "great sacrifice," and the king was a martyr for the sake of truth (satya). 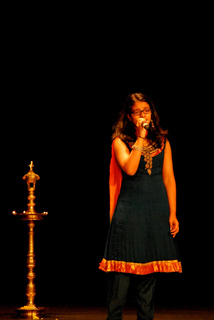 The celebrations of Onam start on Atham day, 10 days before Thiruvonam. Each of the 10 days has its own importance in various rituals and traditions, Thiruvonam being the most important. All over the state, rituals along with new clothes, traditional cuisine, dance, and music mark this harvest festival. 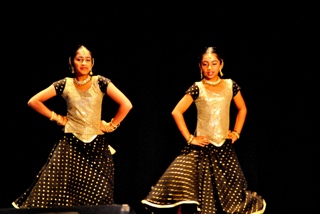 For pookkalam, earthen mounds like square pyramids, representing Mahabali and Vamana, are placed in the dung-plastered courtyards in front of the house and beautifully decorated with various kinds of flowers. They are works of art accomplished with a delicate touch, and are also considered as a symbol for secularism. It's a great pleasure for people in Kerala to make pookkalam from Atham to Thiruvonam, especially for children.

Every year in Atlanta, Onam is celebrated in the traditional style by different Malayalee organizations. Atlanta Metro Malayalee Association celebrates Onam in a grand manner, starting with a feast (sadya) and then Mahabali is invited with procession, chendamelam (with a loud drum), and thalapoli (procession with plates of flowers). Cultural programs are conducted by different age groups. 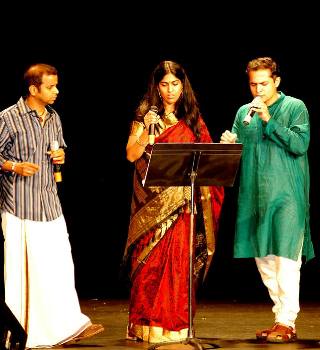 One of the main attractions is the kaikottikali, one of the traditional forms of dance during Onam celebrations. It is a beautiful women's group dance, performed in front of lit lamps mainly on the occasion of Onam and Thiruvathira. The typical Kerala dress is worn: a gold bordered traditional two piece dress made of a mundu (one piece cloth for the lower part of the body) and a neriyathu worn over a blouse. Kaikottikali was presented on August 31 by the group Beena Prathip, Bindhu Vinu Chandran, Latha Raghu, Jisha Sanjay, Kanmani Subramanian, Kavitha Ramachandran, Meera Saikumar, Praseetha Sandeep, Sajitha Unnikrishnan, and Sreekala Satheesh. It was definitely a nostalgic moment and feast to the eyes.

The program was gracefully emceed by Movina Nagarajan and Meghana Nagarajan, and Jijo was sound engineer. Great talents in Atlanta filled the day with beautiful nostalgic songs and dance performances.