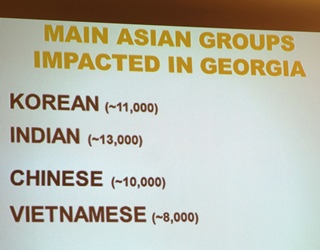 Immigration regulations are not just about who comes into the country and how, although that is complicated enough. As was shown in the recent case of Indians brought into Louisiana to work after Katrina (abused, and then threatened with deportation for requesting their rights), the regulations are also closely tied to issues of human trafficking, fair wage, working conditions, and more.

In Georgia and elsewhere, one question is whether undocumented youth, raised in the states and excelling in school, should be allowed to better their lives and the lives of their families by attending college, getting work authorization, and getting a driver’s license to get to the job, or whether they should be so restricted as to force them to remain in poverty. The president’s executive order on deferred action for children and parents (DACA and DAPA) would allow these families to better support themselves and not be on welfare.

How many Indians or South Asians are affected? More than you might realize: in Georgia 13% of all undocumented individuals, or 51,000 people are Asian American, and 13,000 are Indian; in the US, 10% of Asian Americans, 1.3 million, are living and working without legal status, and over 240,000 are Indian. 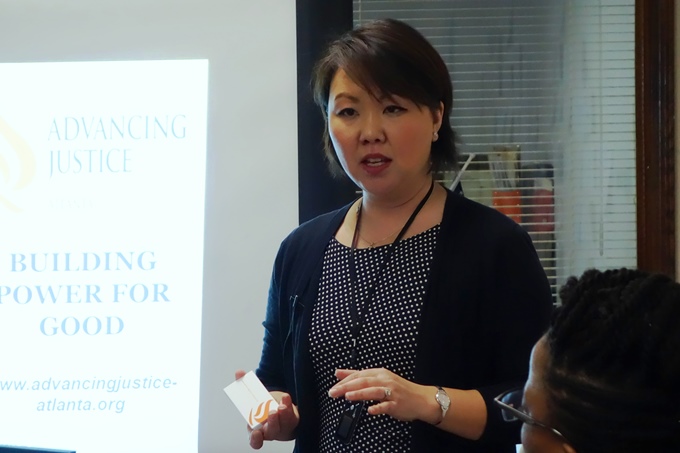 Also in support of immigrants, Atlanta Mayor Kasim Reed, Helen Ho, representatives of Georgia Power and BB&T Bank, and others spoke to immigrant advocates and undocumented people at a February 20th meeting called in response to the ruling to halt progress on DACA/DAPA. Atlanta is part of the “Welcoming Cities Initiative,” and since 2000, two thirds of Atlanta’s net population growth has been from foreign-born people, making it the second fastest-growing foreign-born population in the US, after Baltimore. Reed declared that America “would do well to welcome this growth instead of trying to suppress it.”

And immigration attorney Charles Kuck explained the need to speak up by recalling an incident when President George W. Bush was trying to get a reform passed and calls to a senator’s office were 100 to one against, because “Angry people call their congressman. We weren’t calling.”

"This Is What Atlanta’s Mayor Has to Say About Immigration Reform"
Atlanta is part of the 'Welcoming Cities' initiative, a national program to invite most immigrants to stay
By Mary Silver, Epoch Times | February 21, 2015
http://www.theepochtimes.com/n3/1257465-atlanta-mayor-kasim-reed-meets-with-illegal-immigrants/

At the 4th Annual Asian American Legislative Breakfast at the Georgia Freight Depot next to the state capitol on Feb. 18.
http://www.theepochtimes.com/n3/1255097-what-it-means-to-grow-up-american-when-youre-not-american/ 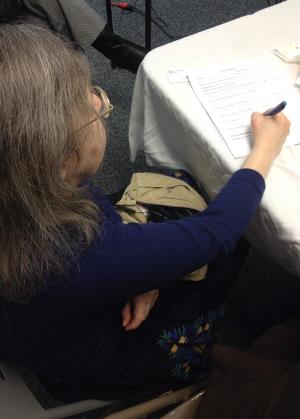 Participants were asked to think through / jot down venues, leaders/ spokespersons, events, and media that could help spread information about DACA/ DAPA into their particular ethnic community.

Discussion included the President's Executive Order on DACA and DAPA, what challenges or barriers exist, and strategies around messaging and outreach.