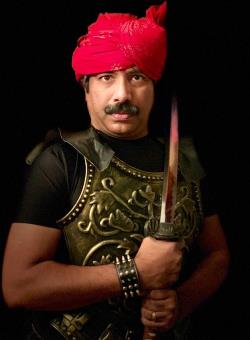 On March 3, 2019 at the Red Clay Music Foundry, Duluth, GA, in front of a packed house, “Boiridesher Rupkotha” was staged for the first time in Atlanta by the production house, Actors Company. 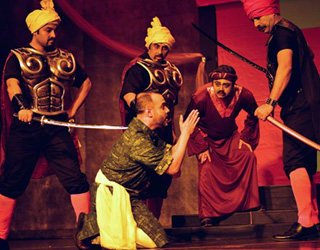 This Bengali play is an adaptation from the Greek play “Lysistrata,” written by Aristophanes in 411 BC. The adaptation was written by Debabrata Dey from Seattle and directed by Atlanta’s Shantanu Basu. It is about women uprising against the atrocities they faced in a male dominated society and amidst warmongers.

The actors had the audience spellbound with their powerful performances. Dialogues were bold and hard hitting. The costumes were aptly designed, which accentuated the play, and stage lighting and set design created the perfect mood for this political drama.

Actors Company is comprised of Atlanta actors passionate about acting in dramas or movies. This group has done both successful stage productions, and a series of short films which earned a selection for the 5th Dada Saheb Phalke Film Festival-15 and awards at the 3rd Kolkata Shorts International Film Festival.