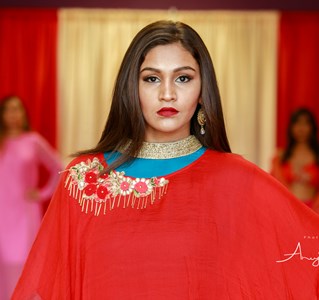 When silks and georgettes, zaris and zardosi, and gems and jewels all come together, then the TALK and the WALK becomes all about glitz and glamour. One such afternoon was recently set up to bring to the Atlanta fashionistas the latest in clothing, jewelry, and styles at the first Runway and Entertainment Show.

The Fashion Exhibition for Rohit Verma was held at Simran’s Designer’s Studio by Kavita Bathija, and the studio was inaugurated by Rohit Verma, Priyanka Shah, and Shiv Aggarwal of Global Mall.

The Runway Show was held at Drake Irish Academy, next to Simran's Designer Studio. Hi-Fashion runway showcases included kids, teens, youth, and women. Not only did cultures from East and West come together, but also various parts of India via fabrics and jewels. First, Western gowns were paired with matching jewelry, showcased by our trained teens who elegantly transformed into Indian princesses wearing colorful Eastern wear. Graceful South silk sarees adorned our ladies, paired with silk threaded bangles. These ladies transformed into stylish divas as they walked the runway with heavy party-wear lehengas paired with rich and bold jewelry. During intermission, chief guests Rohit Verma and Priyanka Shah addressed the audience. Paparazzi time it was. 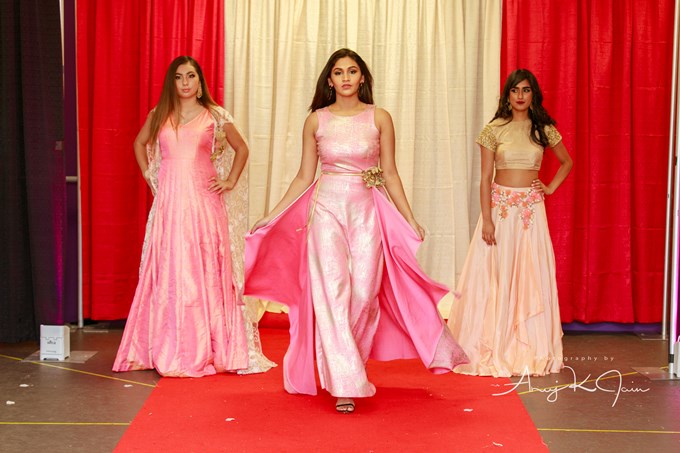 Teen and youth models stylishly posed in Indian traditional outfits. Semicasual wear in pallets of olive green equally rocked the runway by these top-notch models. These were then contrasted by rich orangey-pink hues in a collection of silken drapes flowing gracefully around our confident youth models. The audience loved our adorable little models as well, all clad in Indian lehengas, churidars, pathani suit and kurta/dhotis as these cuties rocked the runway with their rehearsed catwalk and amazing confidence. The program was concluded by showcasing the pastel pink collection of cocktail wear paired with Indo-Western style lehengas by all of our youth models.

While our models were busy backstage creating looks and styles for each segment for the show, the audience was kept engaged with dance performances by some Atlanta dance schools. Performers included Rashmi Kondur for Ganesh Stuti, Shweta Shetty of Natyasharanam Dance Academy, Krati Jain of Surtal Dance Studio, Annu Verma of Champa Chameli of UGA, Irish Dance group by Drake’s Irish Academy, Khizer Khan Music for karaoke, and mimicry by Jay Raval.

The runway show’s sponsoring designers were Simran’s Designer Studio by Kavita Bathija, Mastani Creations by Madhullika Kumar, and Big Bangles by Uma Laxman. The event was emceed by Ayshwarya Sridharan and Sneha Patel. 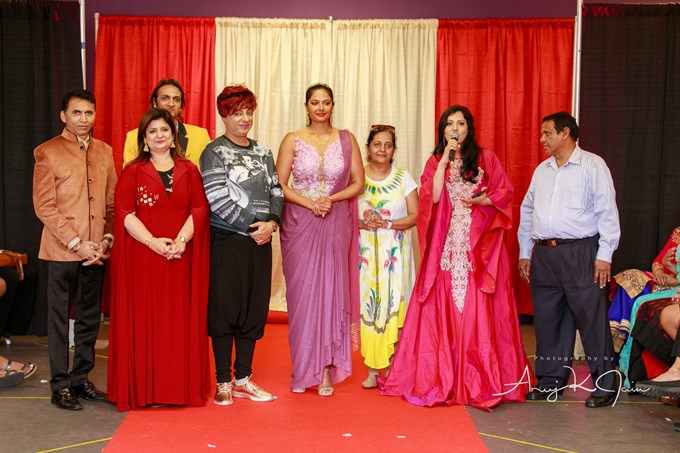 BeTheYou had a strong team of 70-plus people including models, MUAs (makeup artists), designers, backstage assistants, and supporters and would like to thank each and every one who was part of this FIRST EVER Runway and Entertainment show. It wouldn’t have been possible without YOU!