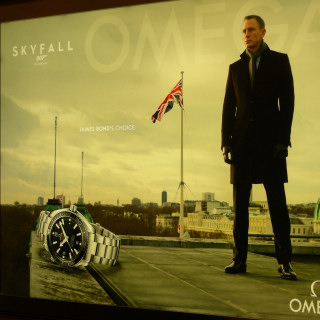 Poster of the new James Bond movie, Skyfall, with the Omega watch worn in it.
(Photo: Suzanne Sen)

Right in time, just as many Americans were feeling exhausted after the presidential race, on November 7, 2012 came a double event of glittering beauty, refreshment, and escapist adventure, offered by Bhindi Jewelers in Decatur, Georgia and Omega. 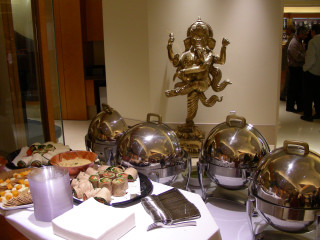 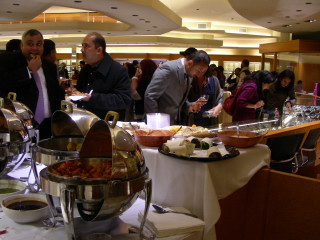 The first segment was a visual delight, a presentation in the expanded and remodeled jewelry showroom by Omega of its collection of huge fashionable watches, featuring the watch style worn by actor Daniel Craig in the just released 23rd James Bond movie, Skyfall. 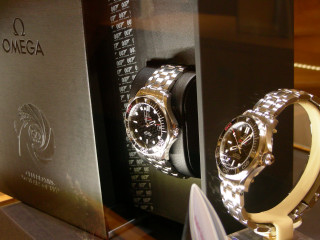 Amidst more than watches (below).
(Photo: Suzanne Sen) 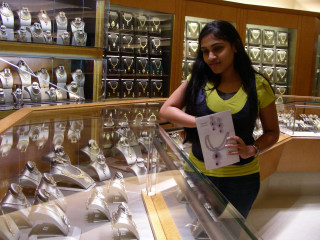 The unique titanium watch actually worn by Craig sold at auction for some $254,000, the proceeds going to charity. The steel versions of the 42mm Planet Ocean watch sell for a little less, around $6,500. How many were made? 5,007. And a little 007 and gun replace the 7 marker on the dial. Omega is also celebrating fifty years of James Bond in movies with a special edition Seamaster Diver 300M Collector's Watch in both 41 mm and 36.25 mm. 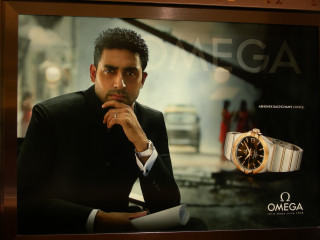 As a slideshow from the TV ad played behind the counter, alongside a poster of Abhishek Bachchan's and his choice of watch, guests were treated to delicious refreshments and then given tickets for popcorn, drink, and a special preview of Skyfall in the mall across the street. 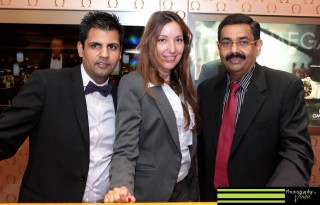 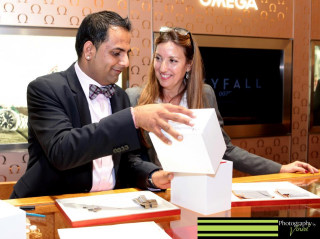 The event was significant in that Bhindi, an Indian-American jeweler, was chosen by Omega to launch the U.S. premiere of the legendary Bond franchise.