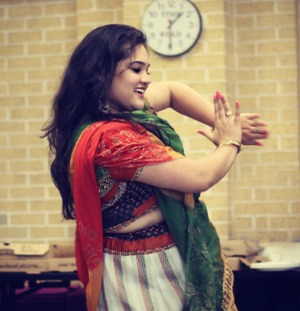 The 5th annual Celtic heritage “Embracing the Stones” festival was held March 10, 2013 at the McDonough Public Library, Henry County, Georgia. The historical event was sponsored by the Celtic Collection Program, a historical nonprofit organization run by Lewis Hales, and the Henry County Library System. The festival’s theme was about how the development of ancient Celtic society was influenced by the cultures it encountered through the centuries. Three cultural dances were featured, Native American, Irish, and Bollywood folk.

“One of the most accomplished performers our festival has experienced is Soniya Mehta. Dancing since age five, she has performed both Bollywood folk and traditional dance at our events for several years. At the festival, Soniya’s dance represents the influence that Hindu culture has had on the development of Western thought and her performance helps visitors become more aware of this not too often discussed factor of ancient European history. When Soniya dances, she brings the house down and leaves the audience wanting to see and learn more. She has significantly enhanced the quality of our educational program,” states Hales. 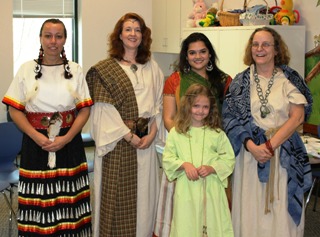 Soniya also presents the historical timeline (2,500-1,200 B.C.) when European and Hindu cultures intermarried and exchanged beliefs and practices. She has been available to answer questions about her dance and culture. Hales states, “Most Americans do not realize how much ancient India has influenced our lifestyle and way of thinking.”

This festival is the last one to be presented at the library. Beginning in 2014, the corporation will be doing historical and cultural presentations in schools and at other educational facilities.