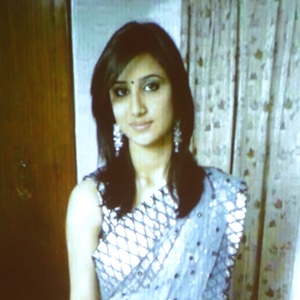 For centuries, women have been expected to stay within the line of control drawn around them by men. When Sita crossed the the Lakshman-Rekha (line), troubles followed; later when Rama asked her to come back from exile, strong Sita in turn “drew the line” and refused.

In these years following the infamous Delhi rape case (of Jyoti Singh, pictured at left), women’s issues have been at the forefront. On a Tuesday night in January, a handful of people came out to the Himalayan Spice Restaurant, invited by Charis Books & More (the oldest and largest feminist bookstore in the nation), and Raksha (a nonprofit supporting South Asian women through crisis intervention, advocacy, and more) to hear a Toronto-based publisher speak to Atlantans about a book from New Delhi, Drawing the Line: Indian women fighting back.

From the slide show on the book Drawing the Line: Indian Women Fight Back and comics of activism, presented by Ad Astra Comix in Atlanta. (Photos: Suzanne Sen)

Ad Astra Comix produces, reviews, and publish comics with social justice themes. When they contacted India’s Zubaan Books, an independent feminist publishing house that, with the Goethe Institute, had produced a collection of 14 accounts of Indian women’s experiences with issues of gender, sexuality, harassment, coming of age, family, sisterhood, race, shadeism, class, and political struggle—Zubaan declared, “you are our North American kin!” and invited them to publish a North American edition of the book. Ad Astra searched for a South Asian female cartoonist in North America and found Soni Satpathy-Singh, The Sketchy Desi, in New York, who contributed with the foreword and original art.

Elizabeth Anderson, executive director of Charis Circle, introduced the topic of who speaks for the silenced, and Aparna Bhattacharya, director of Raksha, spoke about how to speak to the South Asian community, noting that the community responds to issues more through art than dialogue. After a moment of silence to remember the victim of the Delhi rape and to honor all survivors, Nicole Burton, founder of Ad Astra, presented a slide show and spoke about using the genre of comics and comic art to promote marginalized voices, dismantle oppressive ideologies, and break cycles of abuse. She spoke of the exciting use of comic art in workshops such as that held with the Afghan Women’s Organization of Mississauga for the youthful participants’ development in creative ability, artistic skill, and emotional health. Both creating and seeing the visual world of comics can be an important part of our understanding; images can tell the story powerfully, even when people don’t have the words. It is important that this new genre does not depict the trope of the “girl in the fridge” that the hero rescues, as in older mainstream comics, but puts the power in the survivor’s hand.

Links:
Laurenn McCubbin. “The not-so-secret history of comics drawn by women.”
In 2014 the only woman who made the long list for the Grand Prix Angoulême International Comics Festival was Marjane Satrapi. In 2015, no women made the list.
January 10, 2016.
http://www.theguardian.com/books/2016/jan/10/women-comics-not-so-secret-history?CMP=share_btn_fb

About Sita:
“Sita takes refuge with Bhumidevi:
Luv and Kush grew to be intelligent and valiant princes. Sita eventually reunited them with their father, Rama. When Rama asked her to come back to him, Sita finally got angry and refused to return to Ayodhya.
Instead, she sought refuge in her mother, Bhumidevi's arms. Hearing her plea for release from her injustice and from a life that had rarely been happy, the earth split open. Bhumidevi appeared and took Sita away with her.”
http://www.dollsofindia.com/library/sita-draupadi/