COVID-19  In-depth info for Indians in Atlanta/Georgia. Click here
Home > Magazine > Around Town > Dr. Jag Sheth on Atlanta as The Next Global Hub

Dr. Jag Sheth on Atlanta as The Next Global Hub 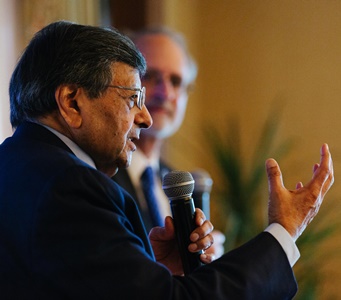 Atlanta: The Next Global Hub
Dr. Jagdish Sheth gives us the push

In 2016 Professor Jagdish Sheth impressed Atlanta with his vision of where India would be in 2026—if it followed the right economic and social policies. In 2017, at the City Club of Buckhead, the World Affairs Council of Atlanta (@WACATL) hosted Dr. Sheth for his one-year progress report. Dr. Sheth returned for an elegant luncheon on February 27, 2018, turning his gaze on Atlanta and sharing his vision of Atlanta as America’s manufacturing hub.

Why Atlanta—the Positives:
- People and businesses are here: Atlanta is booming. It’s home to 6 million people and over 150,000 businesses. One of Atlanta’s latest triumphs was convincing Mercedes-Benz USA to move its North America headquarters here. Metro Atlanta is home to 18 Fortune 500 and 33 Fortune 1000 companies and Atlanta muscled its way into the finals for Amazon’s HQ2.
- Some of the largest education centers in the world (valuable research universities like Emory and Georgia Tech, GSU, Kennesaw, UGA, and many smaller ones like Agnes Scott, Clark Atlanta, Morehouse, Oglethorpe, Spelman, and more.
- Affordability and livability (for the individual and corporations): Georgia’s low cost of doing business and ease of travel around the world from Hartsfield-Jackson Atlanta International Airport play a key role in Atlanta’s economic development.
- Voted #1 state for doing business
- Unification for policies (people working together for businesses)
- Heritage and outlook: This vibrant and diverse city is also rooted in the civil rights movement and the moral legacy of Dr. King. 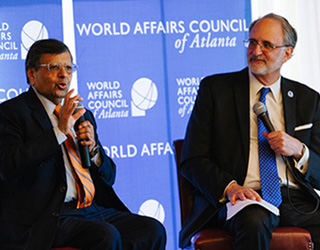 What does Atlanta need—the Push:
- A champion with chutzpah as catalyst (enthusiastic and inspirational leader to unify and push the movement forward)
- Shift in self-concept (focus moving from capital of SE to business capital of the Western Hemisphere)
This includes looking abroad to private-equity firms, large Asian companies with venture arms (consider learning from Singapore or Dubai, and using companies like Softbank or Alibaba) or sovereign wealth funds (from Saudia Arabia, perhaps) that want to diversify their portfolios—or looking to one or two cities or countries for a massive influx of capital. China is bidding on a high speed rail project in California and might want other big projects in the U.S. Such funds could “grow the pie” for projects like MARTA.
- Cultural shift (Atlantans must think about and involve themselves in the world OTP, outside the perimeter), o LOCAL = GLOBAL, “act local – think global.” Atlanta’s diversity can also be a plus if local relationships attract global investment.
- Better K-12 public education
- Better transportation infrastructure

Dr. Sheth has laid out an economic diagnosis of Atlanta and a plan of treatment for it. Does Atlanta have the motivation to follow through and surge forward to vibrant health? Here’s hoping for a good progress report next year. 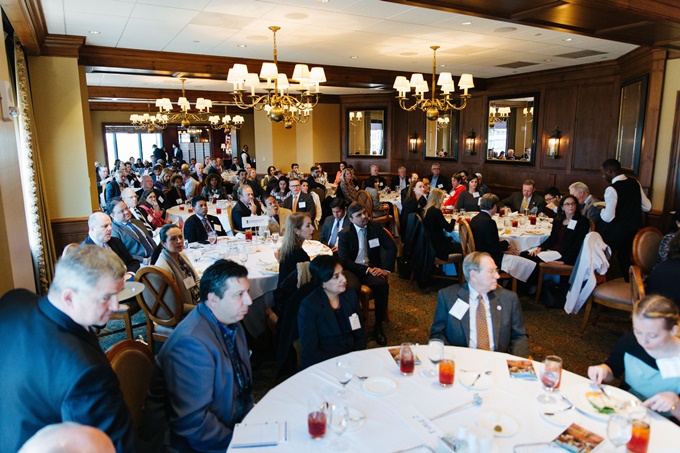 A packed room sits at attention as Dr. Sheth presents Atlanta with the Positives, the Potentials, and the Push. (Photo: Joey Kopanski/World Affairs Council of Atlanta)