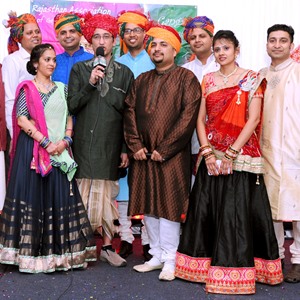 Rajasthan Association of Georgia (RAJA) celebrated its annual festival Gangaur on April 1, 2017 with great pomp and show at the Atlanta Events Hall. The event was attended by more than 100 people including Consul D. V. Singh and visitors from Canada and India.

Gangaur (from Gana meaning Lord Shiva and Gauri, Shiva’s consort Parvati, who symbolizes saubhagya or marital bliss) is one of the most important festivals in Rajasthan. It is celebrated with grand colorful processions in Rajasthani communities throughout India and the world. Starting on the day following Holi, Gangaur continues for 18 days (usually during March-April, the start of the spring season). It finishes on the 3rd day of Shukla Paksha of Chaitra month. Unmarried women pray for a suitable husband, and married women pray for the welfare of their husbands and for a happy married life. Many fascinating customs and rituals are associated with Gangaur. Deeply ingrained in the hearts of Rajasthani people is this celebration of spring, harvest, and marital fidelity.

RAJA’s celebration featured a cultural performance by women and kids in colorful traditional outfits. The audience enjoyed the repartee of emcees Ranjana Rathi and Payal Agarwal, who introduced the traditional Rajasthani folk songs. “Thanks for inviting us for the event. We have not experienced such a great Indian cultural performance in Atlanta,” one of the guests commented.

RAJA has organized community services and engaged school kids in various community activities. On Gangaur with efforts from young volunteers, RAJA collected about $300 in a food drive for the homeless, and kids were awarded certificates for their volunteering effort. 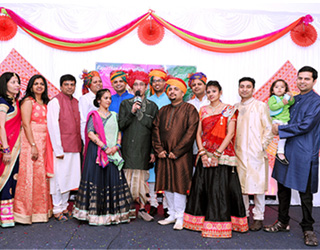 President Sudhir Agarwal and Vice President Anand Rathi provided details on RAJA’s achievements and plans: a Health Fair on April 15 and 22 with 12 specialists volunteering their services; the annual Picnic on July 30 at Pinckneyville Park from 10am–4pm; Diwali in October; and the annual Diwali Milan on November 4 at Ashiana Restaurant.

Chairman of the Board Aashu Rahar gave the vote of thanks, appreciating the contribution by the executive team, sponsors (Kaleen Rugs, Duggar Family, Farmers Insurance, Shure Auto, and Global Travels), and volunteers who made the event successful. 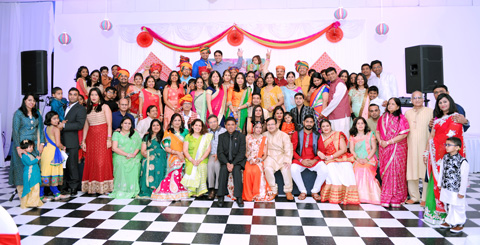 Gangaur:
For a description of many of the customs and rituals associated with Gangaur, see
http://www.india-forums.com/forum_posts.asp?TID=3639310