GAPI recognizes service to the community… and celebrates! 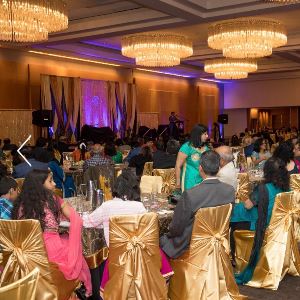 GAPI is the largest ethnic physician organization in Georgia and has been active for more than 35 years. Physicians came from all over the state to this year’s convention.

Special invitees attended, including Mr. Casey Cagle, Lieutenant Governor of Georgia, who talked about healthcare in Georgia. Consul Shailesh Lakhtakia (Head of Chancery, Protocol) noted his appreciation for the charitable work done by GAPI, including the free GAPI clinic at Global Mall.

President Elect of MAG (Medical Association of Georgia) Dr. Forney Rutledge discussed MAG’s activities and appreciated the involvement of physicians of Indian origin for serving the uninsured and underinsured in Georgia.

Dr. Rutledge presented the “GAPI Physician of the Year Award” to well-known cardiologist, past president of GAPI, current member of the Board of Trustees of AAPI, and Chair of AAPI’s 2019 Atlanta convention, Dr. Sreeni Gangasani, for his community service and involvement with the GAPI Volunteer Clinic since its inception. Dr. Gangasani thanked all and requested that more physicians volunteer at the clinic.

GAPI President, Dr. Raghu Lolabhattu, recognized the executive committee members for their hard work during the year. He also recognized community leader, Mustafa Ajmeri, for his services to GAPI and the community. GAPI merit awards were presented by Dr. Manoj Shah to Uma Alappan, Anukruthi Venukadasula, and Suyash Rajesh for their outstanding achievements during their high school careers. 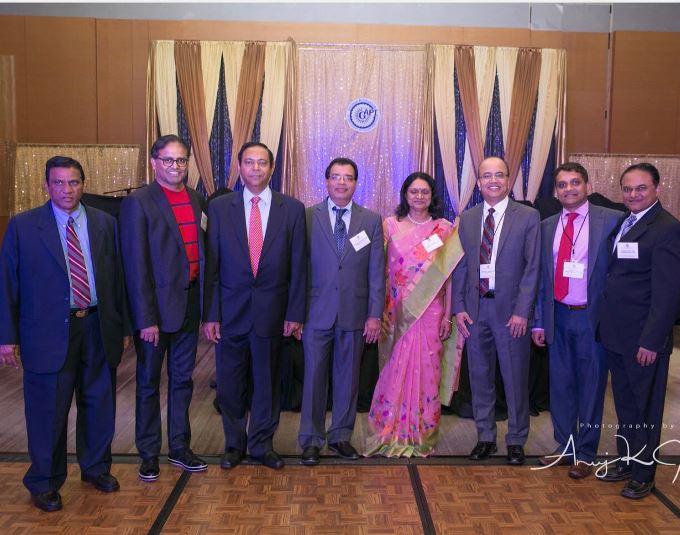 CME sessions covered topics such as Indians and heart disease by Dr. Sreeni Gangasani, early detection of sleep apnea and treatment by Dr. Vinod Mehta, allergy treatment by Dr. Piyush Patel, and diabetes in Indians by Dr. Geeta Soodini. A yoga session was presented by the ISHA Foundation. There was also a MIPS workshop (Merit-based Incentive Payment System) and a talk about new opioid treatment regulations. These excellent scientific sessions were well attended.

This is the first year that GAPI has started the physician’s forum and women’s forum, which were very successful. Many young physicians and medical students attended the forums very enthusiastically.

The enthralling Indian Traditional Fashion Show was conducted by the Atlanta modeling school BeTheYou. Founded by former Mrs. India International Shaveta Jain and her husband Anuj K. Jain, the company is based on the motto of empowering and building self confidence for young girls and women. It provides coaching and platform for aspiring models.

The BeTheYou team fashion show was presented at GAPI as an opening entertainment item. The lighting was dimmed to create a Broadway look and feel. At the slow beat of music, the richly clad models appeared from the dark and positioned themselves as mannequins on the dance floor. While the audience was admiring these models, the music ramped up and the models lined up behind the stage and started walking on the ramp. This sudden shift in music and view created interest. All the models walked the ramp rocking their professionally created look, clothing, and jewelry, mesmerizing the audience. In the finale, the models came down from stage and lined up on either side of the dance floor facing the audience, only to disappear in the dark. The audience express their appreciation with applause. The Bollywood track “Mar Jawan” from the movie Fashion and colored moving lights also played key roles.

The team was recognized and thanked by GAPI President Dr. Raghu. The photography for the fashion show and the GAPI event was sponsored by Photography by Anuj K. Jain. 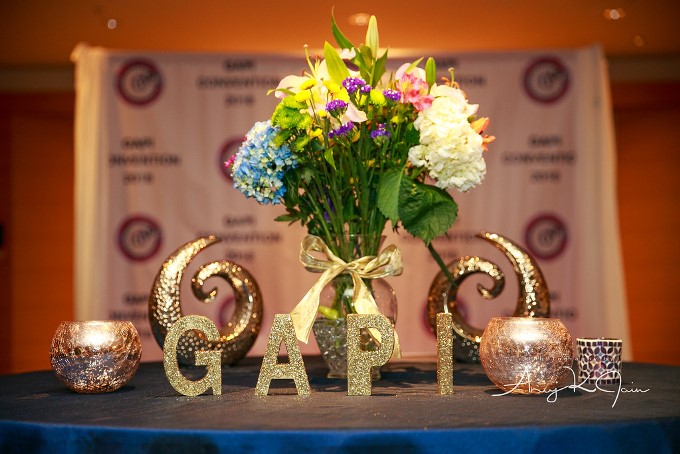