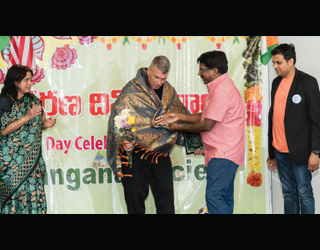 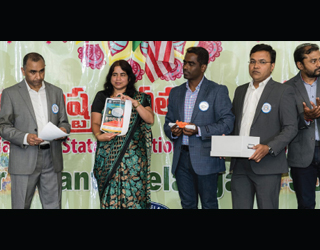 The event had been organized to commemorate and honor the sacrifices done to achieve the Telangana state as well as the sacrifices done by frontline workers all over the world during the pandemic. Janardhan Pannela, GATes Secretary and well-known folk singer, commenced the event briefing about The Telangana Formation Day, introduced special invitees; and invited GATeS President Kishan Rao Tallapally as well as Chairman, Board of Directors Chittari Pabba. Ceremonial candles were lighted by Dr. Kulkarni, Gilvin, Perkins, Tallapally and Pabba. 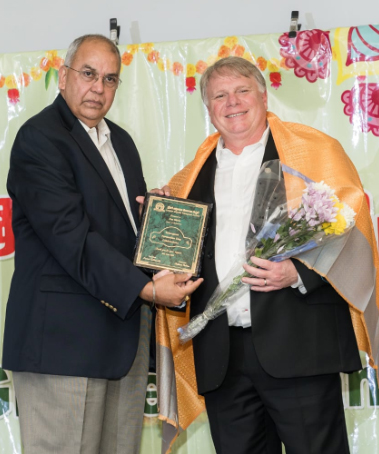 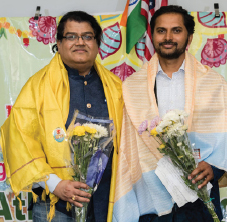 Pannela sang Telangana state song Jaya Jaya He Telangana which was followed by a moment of silence observed in memory of the martyrs.

Pabba unveiled all GATeS initiatives and Tallapally thanked all the sponsors and well-wishers of GATeS for their unconditional support to make the organization successfully serve the local and back home needs.

Dr. Kulkarni launched the GATeS new initiatives such as community helpline, scholarship program and monthly food drive. Besides sharing about the 75 years Independence program, she also spoke about the chatbot program which helps to provide any service from consulate online. Gilvin emphasized the Indian community as a great asset to grow the city of Alpharetta. Perkins spoke about the role of Indian community in law enforcement and vaccine help.

The event ended with food being served. It included local Telangana delicacies like Sakinalu, Murkulu and Garelu.