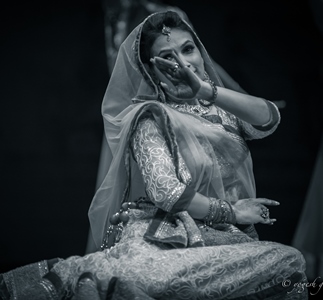 Geet-Rung School of Dance and Music presented its spectacular sold-out dance show “Tatkaar” on May 15, 2016 for an audience of 450 at Infinite Energy Theater, earlier known as Gwinnett Performing Arts Center, north of Atlanta.

The word tatkaar denotes the rhythmic footwork used in Kathak, the major classical dance form of northern India. In Kathak, all compositions are performed in such a way that the final step and beat lands on the sam, meaning even, equal, or first beat of the time-cycle.

In its earliest forms, Kathak was a devotional expression dedicated to the Hindu Gods and was ritually performed in the temples. When it incorporated folk elements, the depiction of Radha, Krishna, and gopis gained popularity. It is said that when Krishna did his divine dance on the hood of the serpent Kaliya, various sounds emanated from Krishna's feet: ta, thai, tat, etc., which formed the building blocks of Kathak. 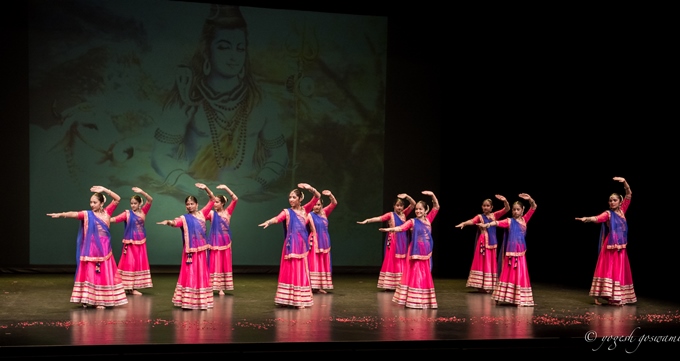 In time, Kathak moved into the courts of the Hindu maharajas and Muslim nawabs and evolved into the Jaipur, Lucknow, and Banaras gharanas or schools, unique in style to those areas. Kathak is a wonderful blend of Hindu and Muslim culture, which also shows in the elegant attire: lehnga-choli for Jaipur gharana and churidar-angrakha for Lucknow gharana.

Divya Srivastava, founder/director of Geet-Rung, brilliantly put together technical aspects of Kathak in the first half of the program, followed by folk, fusion, and Bollywood choreographies. Divya opened the evening with an invocation to Goddess Saraswati, followed by riveting Kathak performances from students from beginners, to advanced, up to Visharad Pratham Kathak. The technical pieces included Thaat, Aamad, Paran judi aamad, Chakradhar Paran, Chakardhar Tode, Kavitta, Tihai, etc. 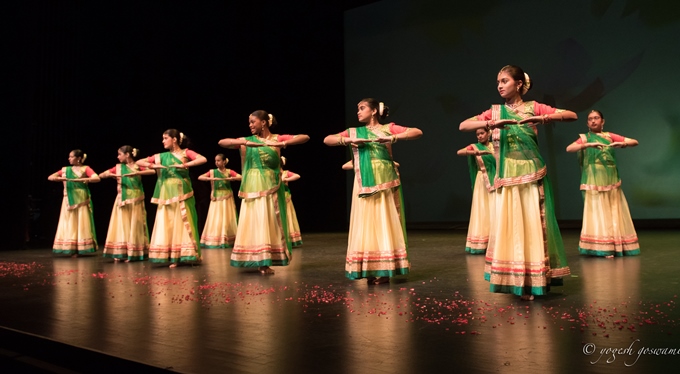 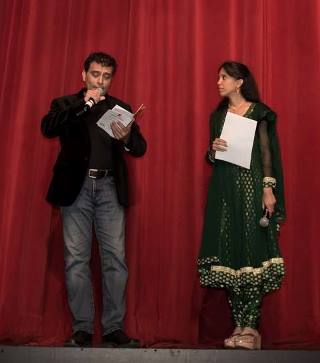 Aqsa Farooqui and Sunny Sachdeva very ably emceed the show. Narration brought the history of Kathak to life and stunning backdrops by Pankaj Bhargava further enhanced it. “To actually see the technicalities of Kathak being performed by our kids was wonderful,” according to one parent Pranoti Savadi, and “To get the basic knowledge of this ancient dance form through synchronized audio, visuals, and performances in such a short time is totally incredible,” according to another parent.

Students of all ages, some as young as four, after depicting the technical aspects and history of Kathak, successfully captured the exuberance of the Indian culture through kaleidoscopic Bollywood dances. The second half of the program paid tribute to Bollywood singers through popular numbers such as “Chittiyan kalaiyan,” “Tod tadaiyya,” “Prem ratan dhan payo,” “Pinga,” “Itti si hansi,” “Ramta jogi,” “Malang malang,” “Kamli,” “Dhadhak dhadhak,” “Bole chudiyan,” “Chamma chamma,” and more. “Mohe rang do” song with the Kathak bols recitation by Pt. Birju Maharaj set the stage ablaze with Divya and her senior students with their graceful moves filled with shringar ras. Finale was the outstanding performance on the medley of songs by Himesh Reshammiya. 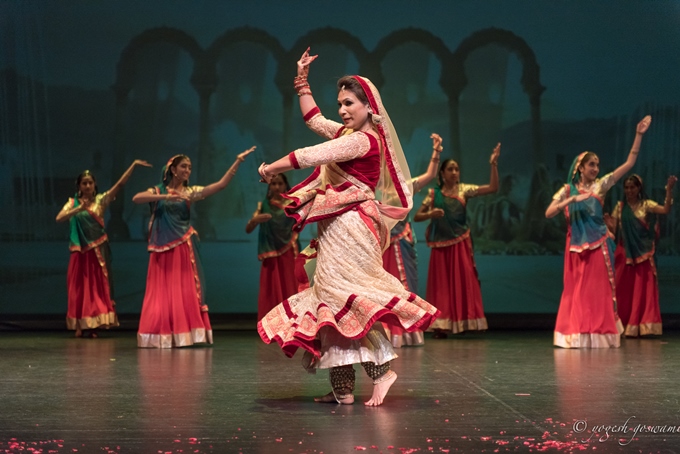 According to one parent “As we watched each performance, we were struck with the choreography of every dance and rhythm,” and according to Lauren Lewis, another parent, “Recital was very well organized, wonderful and delightful as usual. It’s not only an event of entertainment but also an event of learning. It is evident that there is a lot of hard work put in by students and Ms. Divya to make this event such a big success. The fact that each year, Geet-Rung gives back to St Jude Cancer Research is very commendable.” 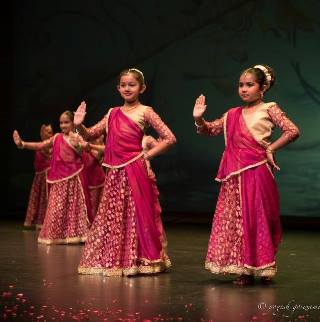 According to Divya, with each year’s recital the students’ potential and caliber is pushed to the next level as she challenges them to perfect more complex choreographies and achieve the set goal by the time of the stage performance—and this was very well proved by her students. Dristi Dave, Njeri Lewis, Rachna Sahasrabudhe, and Reva Sahu showed mastery over the goals set for their class and Kathak exams and received special recognition of the ‘Student of the Year’ and medals.

“Tatkaar,” like previous annual recitals, was a fundraiser for St. Jude Children’s Research Hospital, to help advance cure and prevention for pediatric catastrophic diseases through research and treatment. At St. Jude’s, no child is denied treatment based on race, religion, or a family's ability to pay. The top five fundraisers for St. Jude were the very young Aanvy Patel, Aditi Sood, Ariya Upadhyaya, Aarna Ravikanth, and Aafreen Anjum, who were given special recognition as ‘little angels’ who brought light in the dark life of children battling cancer. 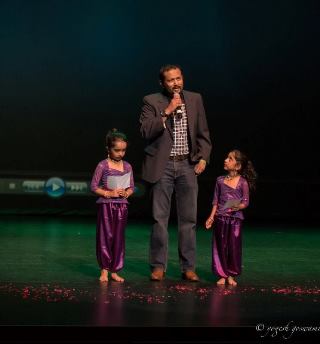 Geet-Rung also gave nonprofit Ekal Vidyalaya an opportunity to present its message. On December 12, 2015, Geet-Rung had lent their talent to put together a vibrant show to benefit Ekal exclusively. Ajay Upadhyaya with daughters Ariya and Simran, who are young students at Geet-Rung, explained the mission of Ekal in running one-teacher schools in rural India for only $365 a year. According to Divya Srivastava, “I want all my students to understand the importance of community service and how they can use their talent to help others in need. This not only teaches them great values of life but also gives them self-confidence, motivation, as well as volunteering and leadership skills.”

A wonderful production, well executed by Divya and her skilled students along with School Manager Shweta Dubey, backstage managers Anar Sharma and Nidhi Taank, and stage/lights coordinator Hemali Vyas, “Tatkaar” left the audience cheering and applauding to the very end.