Huge turnout at the inaugural Freedom Mela by IFA 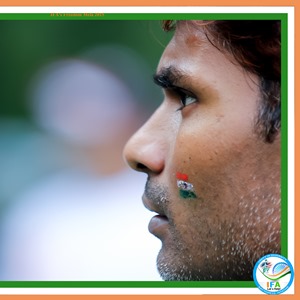 (Photos: Vakiti Creations, except as noted)

On August 15, 2015, Indian Friends of Atlanta (IFA) set out to start new tradition of celebrating the spirit and meaning of India in Atlanta: Freedom Mela. Mela is a Sanskrit word that means gathering. What better day than the 69th Indian Independence day to gather all of the Indian community to celebrate.

More than 10,000 fellow Indians, Indian Americans, and Americans from more than 20 Indian associations, organizations, and nonprofit missions in metro Atlanta joined us in our Inaugural Freedom Mela at Newtown Park in Johns Creek. 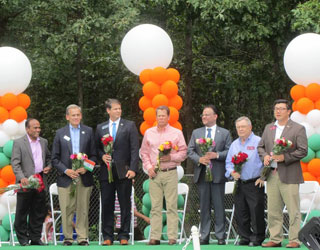 A spiritual dance performance, Gananayakaya, kicked off Freedom Mela followed by hoisting of U.S. and Indian flags by guests of honor Brian Kemp and Nagesh Singh, respectively. Then a fervent and passionate parade was accompanied by moving live music from Isha. More than 500 people participated in the parade from different Indian states: Andhra Pradesh, Bengal, Bihar, Gujarat, Jammu Kashmir, Kerala, Maharashtra, Orisa, Punjab, Rajastan, Tamil Nadu, and Telanga. The festive atmosphere displayed the culture, the regions, the uniqueness, the spirt, and the unity of the Indian states. 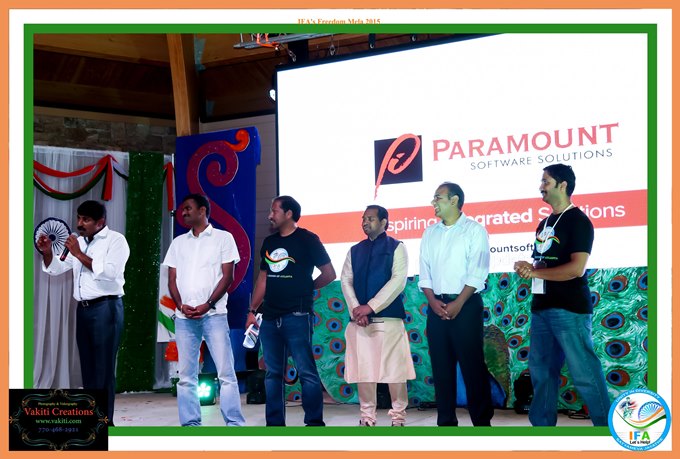 Sunil Savili stated on behalf of IFA,“Freedom Mela 2015 had the objective of celebrating freedom with all fellow citizens. We are overwhelmed by the support and participation from the community and want to thank each and every one who participated in Freedom Mela.” Images available at http://www.vakiti.com/IFA/IFA2015

Thanks:
A unique item at Freedom Mela 2015 was the stunning visuals behind each of the performances, courtesy of the tremendous creativity and hard work of Jogy K. Jose of Divinity AV. IFA requested Jogy to prepare audiovisuals for each performance based on their state affiliation--no ordinary task. The result was a dazzling display of visuals that heightened the splendor of the performances and created an unforgettable experience. Jogy stayed up all night several nights to make this event a success, and choreographed more than 25 performances – singing, live musical performances, and dances. He also set up the Parade and Amphitheater in less than a couple of hours. His teammates were also very courteous and helpful. Divinity AV and Jogy, thanks from IFA.