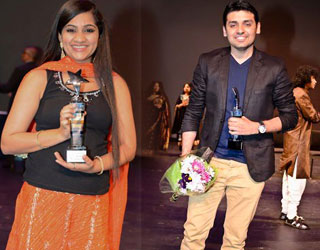 Indian American Cultural Association (IACA) treated Hindi music lovers to Atlanta Indian Idol Contest 2013 at the Robert Ferst Center for the Arts, Georgia Tech, on April 27. First of its kind for IACA, the singing competition embraced the essence of Bollywood: music, dance, talent, and glamor in one show. Emceed by popular personalities Suchita Vadlamani and Ash Chandler, there was never a dull moment for the audience of over 900 who gathered to cheer the singers. SMS Polling for contestants on site was also a novel attraction!

The creator of the program, Chand Akkineni, recognized the sponsors and organizing committee headed by Dr. Raktim Sen as program director. Mr.Rajinder Singh, Political Consul/Head of Chancery from The Indian Consulate in Atlanta, was also present.