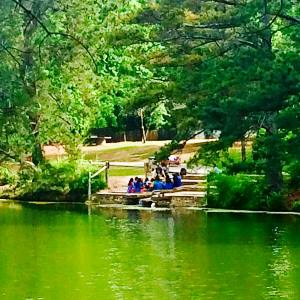 MIT-founded startup IndianRaga, which recently won the 2016 Arts Entrepreneurship Award by Fractured Atlas, launched its flagship Raga Labs program in Atlanta with the most talented young musicians of the city. A unique creative immersion experience, the Raga Labs project offered 10 students an opportunity to collaborate from March 2016 to May 2016 and put together a piece of music under the guidance of IndianRaga facilitator Divya Jayanthi. They then recorded it professionally in a recording studio, and produced a music video in Sims Lake Park. 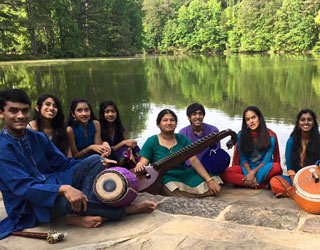 Participants found this to be an enriching experience in leadership, teamwork, creativity, and collaboration—skills that are critical in today's world across any personal or professional endeavor but not always exercised in the traditional learning style of Indian classical music. Participant Sandhya Ramachandran summed it up: “In Raga Labs we learned teamwork and how to capitalize on our strengths and balance out the weaknesses.” Percussionist Satya Jella supported it by saying, “When you are performing solo, you might mess up and then make that into something new. But when you are performing as a group you have to pay attention to what the rest of the group is doing and focus on delivering perfectly as planned.” Feedback provided by a professional recording environment helped the young performers know exactly what their strengths and weaknesses were and work on developing their musical skills accordingly. 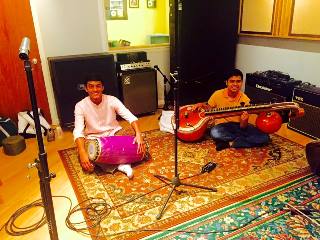 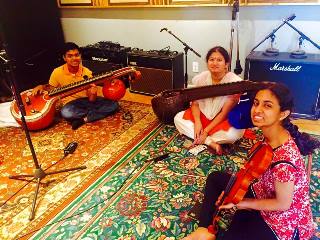 The team consisted of 6 vocalists, 2 veena players, one mridangam player, and one violin player, and they have been working for over 3 months on putting this project together. Divya Jayanthi composed the tune for a traditional Annamacharya krithi in Nalinakanthi ragam in the Carnatic style, and blended it with the legendary “Neer Bharan Kaise Jaaoon Sakhi Ab” bandish in raga Tilak Kamod in the Hindustani style.

Vocalist Kavya Venkateswaran said, “The two pieces that we blended were from different genres but in similar ragas, and had the same theme of gopis complaining about Krishna's mischief. It was a very lively theme and I really enjoyed it.” Meghana Pothukuchi reminisces about how they worked hard as a team to get the transition lines perfect, which involved some dramatic speaking. Participant Nitya Jella proposed that this transition be included to make it effective and interesting. One of the techniques they used was to replace a name in the line with that of an actual participant to make it easier to dramatize and bring it out! Shashank Ganeshan said, “With Carnatic music there is a wide scope for improvisation so you never get bored. What was interesting about Raga Labs was that each week we met, we found something new that we could incorporate into our performance to make it nicer!” Vainika Shree Varshenee adds, “Raga Labs was a great experience for me; it was the first time I was exposed to the basics of Hindustani classical music on the veena!” Co-vainika (i.e., the other veena player) Siddharth spoke about how he had to play at a higher pitch to accompany this group and accommodate its varieties in pitch and technique, and how it was a new learning experience for him. Shruthi Santhanam said that the composer of the first piece, Annamacharya, is considered a prolific composer but not many perform his pieces in traditional concerts nowadays. So it was great to have this brought out in an interesting way and exposing it to thousands of people on social media. Finally, Vunya Srinivasa summed it up by saying that, “The best part I liked most about this was how professional it was—the equipment in the recording studio and the videographers—and we felt like professional artists recording and observing our hard work and how well we sounded!”

Uma Vempati, parent of one of the participants, was instrumental in bringing this project to Atlanta. She has been working with the IndianRaga team for over a year when she first reached out to them, planning the idea and the logistics in great detail including the Sims Lake Park location that was ideal given the mention of river and water in the lyrics of the composition. 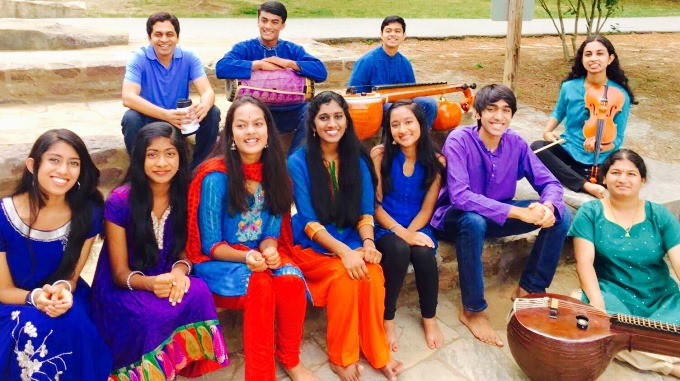 IndianRaga founder Sriram Emani came in from Boston to direct and execute the final production and said, “Raga Labs has launched in over 25 cities in North America, with over a 1,000 students having participated. This launch in Atlanta is very special to us not only because it’s our first time in this city but also the fact that this team represents the most talented Carnatic musicians in the city who have created one of the most unique pieces that we have ever presented through this project. I am personally delighted to see that many of the elements in the final audio have been created by the participants themselves, and it is this kind of creativity that we wish to encourage and nurture in the younger generation as they become torchbearers for this age-old artistic tradition! We are looking forward to many more projects in Atlanta, and have already started discussing two more Raga Labs projects involving dancers, and also adult musicians in the 30 - 45 age group.”

IndianRaga is a winner of the 2012 MIT IDEAS Global Challenge (Community Choice Award) and the US Creative Business Cup. Their Raga Labs videos can be seen at facebook.com/ragalabs, and new participants can apply at indianraga.com/labs to join in these projects from any city.

Videos:
1) Check out the “Behind The Scenes” video from Atlanta’s Raga Labs! You can learn what happens in different takes, what a gimbal is, and get some advice on college applications from our super team in Atlanta! https://youtu.be/dJ8Mg_lHeK8 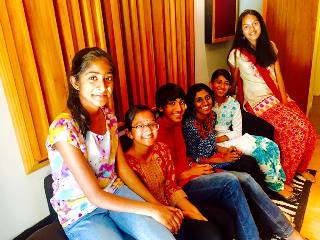 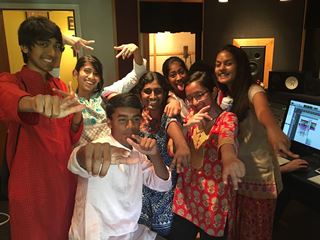