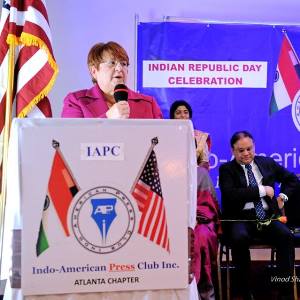 Indo-American Press Club–Atlanta Chapter (IAPC-A) hosted its first Republic Day celebration and awards ceremony at Ashiana Banquet Hall in Global Mall, Norcross on Saturday, January 28. The grand reception was graced by the presence of Consul General Nagesh Singh, Consul D.V. Singh, Chairman of the Board of Commissioners for Gwinnett County Charlotte Nash, and leading members of the Atlanta community.

Guests enjoyed appetizers, admired beautiful Rajasthani oil paintings by artist Vinod Sharma, and watched the slide show of Republic Day celebrations in New Delhi. The program began promptly with an introduction by the IAPC Vice President and emcee Mini Sudhir Nair, who is associated with leading TV channels in India. She spoke briefly about similarities between the U.S. and India’s Constitutions. Freedom of the press and freedom of speech are guaranteed in both countries. She further spoke about IAPC and its objectives. 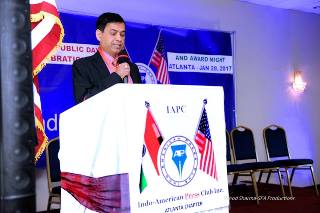 Dominic Chackonal (left) informed the audience that IAPC-A’s opening ceremony was performed by Consul D. V. Singh on September 2, 2016. The parent organization was formed in 2013 for the purpose of enhancing standards of journalism. It promotes cooperation and fellowship in media, and offer scholarships to enhance skills and proficiencies and encourage young people to consider journalism as their professions. IAPC is committed to unbiased news coverage of all events. It also honors Indo-Americans who give outstanding service to the community. IAPC has organized three international conferences in New Jersey, New York, and Connecticut, and it has eight chapters. “We are celebrating ‘Unity in diversity.’” 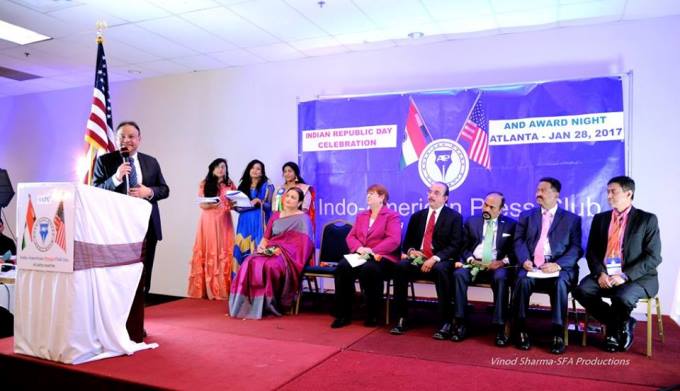 Consul General Nagesh Singh began his thought-provoking remarks by thanking enlightened and compassionate leader Charlotte Nash and her husband Michael Nash. “India’s Constitution has borrowed quite a few features from the US Constitution,” he said. “Above all, the Bill of Rights was incorporated in India’s Constitution as fundamental rights guaranteeing liberty, fraternity, justice, and equality to all our people. We also have shared values: plural multiethnic, multicultural, multiracial societies. We have same ambitions and we are trying to grow and create international order based on fundamental freedom and democracy and common interests. So it is a special feeling to celebrate India’s Republic Day and Independence Day in the US. I complement IAPC because press is one of the pillars of democracy. Press has an important role not only in seeking accountability from the people who govern us (I mean in India). IAPC has also a bigger role to play, and that is to promote better understanding and unity between various communities that live in this country, so that we become a peaceful, harmonious community wherever we are.”

Charlotte Nash said that she has attended many events in the Indian community and has always received warm hospitality. India has borrowed a few things from the US Constitution but the US has borrowed other things. “We have borrowed your talents and your skills. India has brought together a lot of diversity under one flag, and we are also working on that.”

Antony Thaliath, Executive Director of Gandhi Foundation of USA, said, “The cornerstone of a successful democracy is a fearless and proactive press. According to Gandhi, ‘a journalist's peculiar function is to read the mind of the country and to give definite and fearless expression to that mind.’ Gandhi tactfully used this value of the press and utilized it in his freedom fight against the British for India's independence. India's free press played a major role in nurturing and shaping that young democracy. And I am sure the Indian American Press can play a similar role in strengthening the Indian American community in their quest for equality and greater achievements and contributions within this nation, and strengthening the image of India. Congratulations to the Indo-American Press Club and the Atlanta Chapter for carrying the torch into a new century where what it means to be “Indian” is no longer defined by physical and geographical boundaries but by a global culture and a global citizenship. In this country we all will have a shared future. Our children will live in a global community. And I believe the unified dream of love and tolerance preached by Mahatma Gandhi and Dr. Martin Luther King can be the guiding light to move our global community forward, to build mutual understanding and respect for each other, to show how much more we can do together than apart.”

Narender Reddy said, “In Atlanta we have far too many Indian organizations, but I welcome IAPC as it is first of its kind to promote noblest ideals of journalism in the U.S., and I wish it a lot of success. I am concerned about the state of media here as it is biased. The news are not news any more but opinions of the TV anchors and press correspondents. In the end the 'truthfulness’ in presenting the news to the people is totally corrupted or misinterpreted. Thomas Jefferson famously said, ‘The man who reads nothing at all is better educated than the man who reads nothing but newspapers.’ In my view, media should endeavor to present news with integrity and transparency.”

CEO of Joy TV P.I. Joy said that during the financial crisis in 2007, many people were financially crippled and gave up. But some faced the challenges and recovered from the crisis. “It is our obligation and duty to support and help the Indian Consulate and also involve in the political process in our adopted land for our voices to be heard, and follow it up with accountable action.”

Editor-in-Chief of NRI Pulse Newspaper Veena Rao commented, “Our community has come a long way since the 1950s. But along with progress comes responsibility. Freedom means having a voice, to stand up for our rights and face our challenges as one unified group. It is up to us journalists, students, parents and our elected officials to look after each other, to know our rights, speak up against discrimination and instances of racism and bullying in schools. This country belongs to each of us and embracing diverse cultures and ideas is an American tradition that has made the country one of the greatest in the world. I leave you with Michelle Obama’s final remarks as First Lady, “Do not ever let anyone make you feel that you don’t matter or that you don’t have a place in our American story, because you do, and you have the right to be exactly who you are.”

Photo by Siby Karikkampally, winner of the photography contest.


While attendees enjoyed a delicious dinner, students entertained with scintillating dances, including a captivating dance to one of Gandhiji’s favorite bhajans “Vaishnava jana to tene kahiye.” Versatile singer Ninan Kodiyattu also added to the evening’s fun with his favorite songs.


IAPC-A Vice President Alex Thomas gave the vote of thanks. 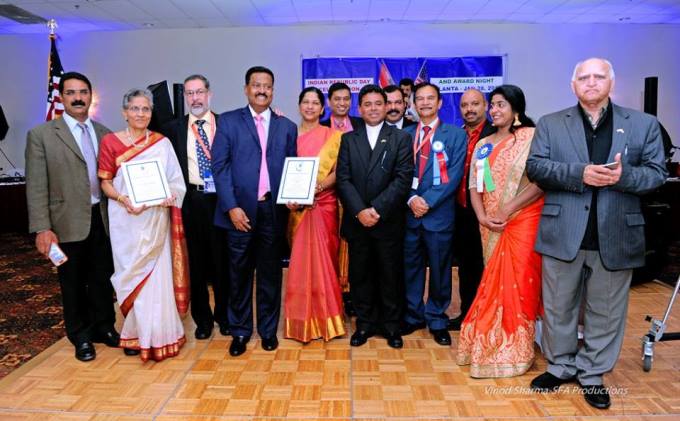 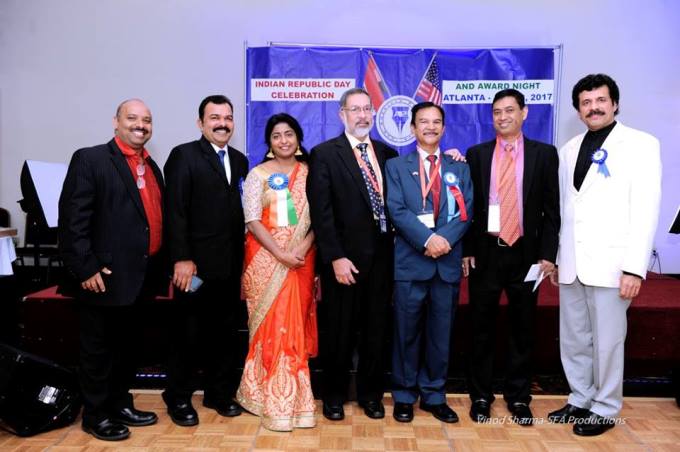