COVID-19  In-depth info for Indians in Atlanta/Georgia. Click here
Home > Magazine > Around Town > Kids get “feathers in their cap” for public speaking at Winning Feathers contest 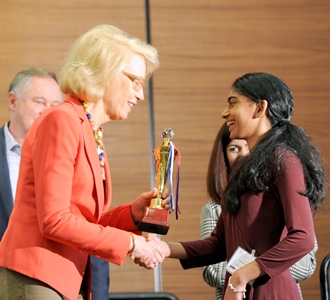 Depending on their age group, kids selected from over 100 interesting topics, from water conservation, plastic pollution, gun violence, education system, and family values, to imaginative topics like a visit to outer space. More than 50 participants competed; there were 32 finalists and 9 winners from age groups 7 years to 17 years. Over 200 people attended. The event was professionally managed with the intent to encourage kids.

Winning Feathers is the brain child of its founder Apurva Ghelani; it is co-owned by Parth Patel, CEO of Six Consulting. To train kids in developing soft skills, Winning Feathers offers summer camps and regular public speaking and debate classes with structured curriculum by coaches with degrees in communication from universities such as NYU and UC Berkley. Mr. Ghelani shared an inspiring story, myths about public speaking, and facts about how, according to Warren Buffet, public speaking can increase one’s personal network. Sponsors were Pramod and Pratima Sajja, owners of Paramount Software Solutions. The event was emceed by Neha Negandhi. 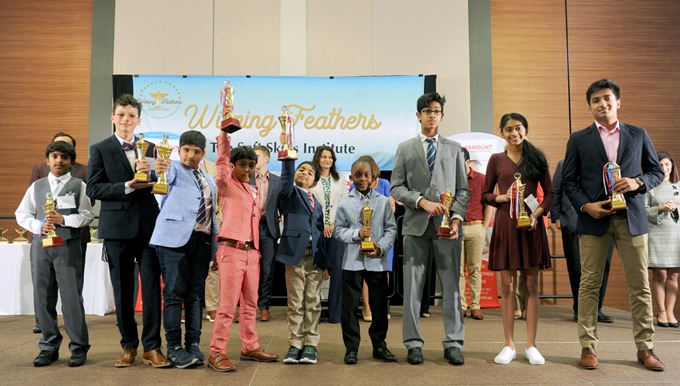 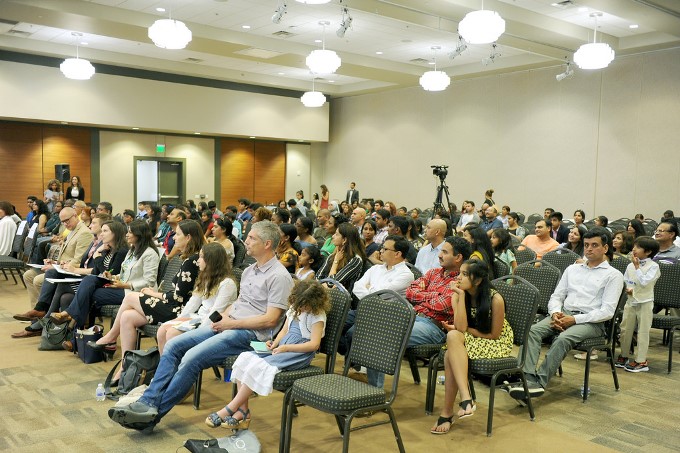