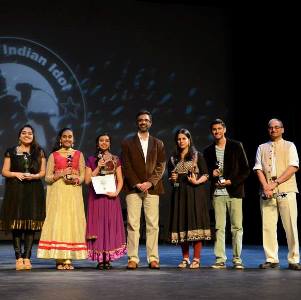 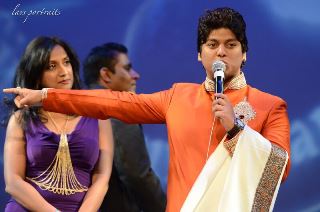 Featuring singers from Georgia, California, Texas, Florida, and Maryland, the contest also showcased talents of contestants ranging in age from 12 years to 63. The championship round was the culmination of various auditions held earlier this year. There was never a dull moment at the four programs including dynamic dance performances from various dance institutes across Atlanta.

An extremely capable panel of judges including Sujatha Rayburn, Dr. Kakali Bandyopadhyay, Amitava Sen, and Dr. Lakshmi Rao (Sri Sangodkar was unable to attend) provided feedback and evaluated contestants based on various aspects of their performance such as tonal quality and accuracy, rhythm, diction, overall mastery of style, etc. Neeta Shenvi served as scorer/statistician with Sreedevi Dadithota as scorer. The show was emceed by Anand Srinivasan, who had served as a judge in earlier Idol contests, and Bindu Rao, a trained singer.

The Onsite SMS Polling provided by Text By Choice, along the lines of American Idol and Indian Idol, added to the excitement. The audience voted for their favorite singers by texting the first three letters of their names. The night belonged to Asawari and Koyal, as they walked away being the SMS Poll winners of the evening also. 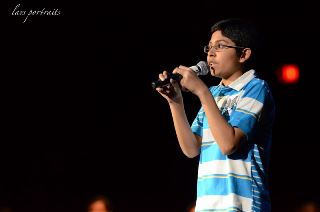 One of the Director's Choice Awardees, Junior Havishkrit Arya (GA).

An Online Poll conducted earlier to crown the choice of the people, called the People Appreciation Award drew a whopping total of 720,463 votes! Reet Tiwary (GA) with 118,988 votes in Junior and Saumitra K. Sinha Ray (GA) with 300,100 votes in Senior categories won the People’s Appreciation awards. 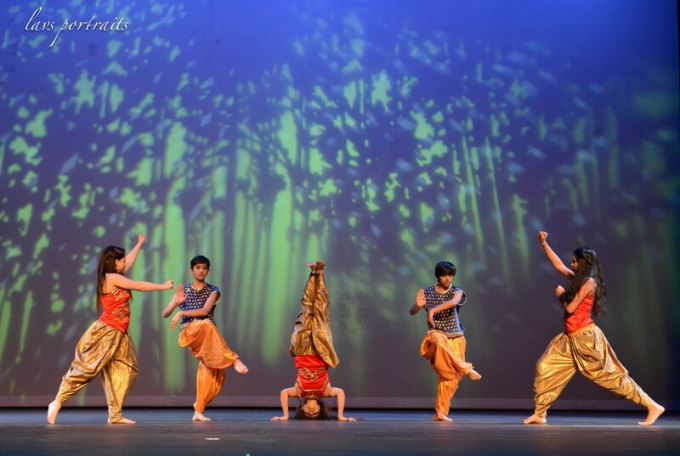 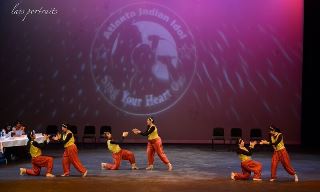 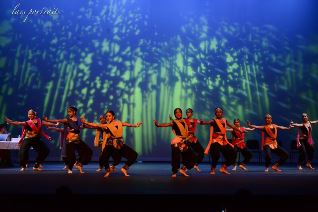 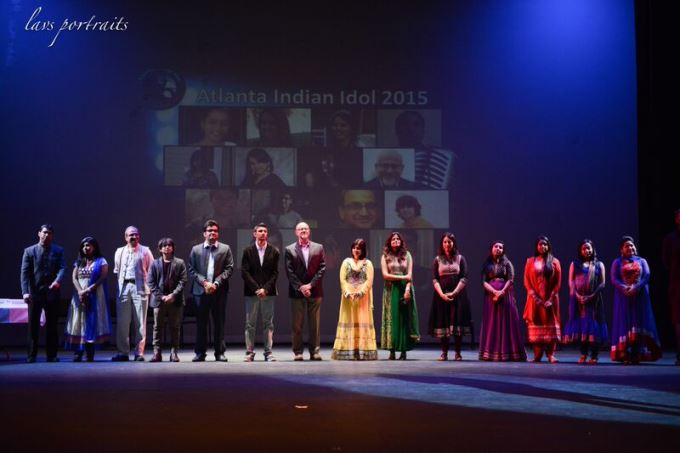 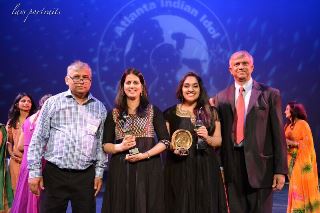 “The quality of the singers has gone up significantly this year. Participants’ ages ranged between 12 and 63. Next year, we may add a new age group 40+ in addition to 12-17 and 18-40,” stated Chand Akkineni, founder and coordinator of the event.

Atlanta Indian Idol 2015 (before the contest, not the results)
https://www.youtube.com/watch?v=bQzWwdhA7A4

Technology Partner TextByChoice.
Video for the event was provided by Soham Patel and photography by Lavanya Palaparthy.