NNKB’s exquisite program of dance through the ages

By Apurva Shrivastava
May 2018 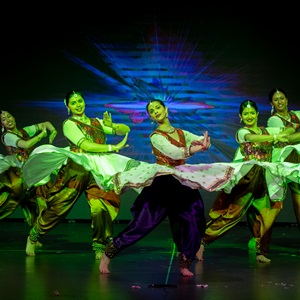 The NNKB team, led by Kumud and Sandeep Savla, has trained us to expect a high standard of performance. This year was no exception. The theme for the first part of the recital on March 25, 2018, at the Georgia World Congress Center, was “Sanskriti, Dancing through the Ages,” and the program took us on a cultural history tour of India from the Indus Valley Civilization to modern India.

The concert began with dances representing the pre-Vedic era of Harappan civilization that are preserved in several Indian cultures even today. Statues and the seal of Pashupati (a form of Lord Shiva) recovered from this period inspired this item, and we were enlightened about the richness of dance even in this period. The following Vedic period was perfectly reflected in the dances choreographed on the sargam geet. The Epic age is India’s religious and cultural foundation. The Ramayan and the Mahabharata were brought alive in snippets about the lives of Lord Rama and Draupadi, respectively. 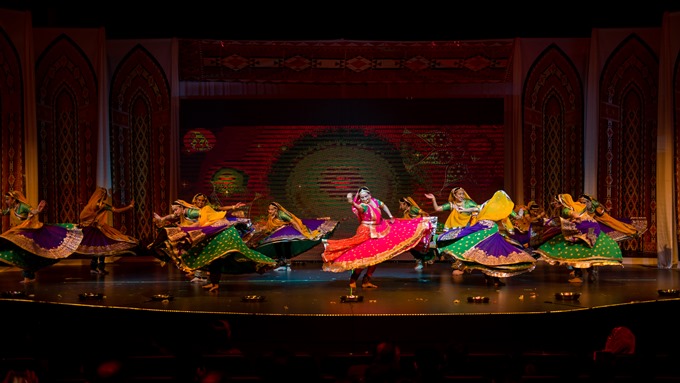 The NNKB team chose to focus on the message of peace through Buddhism during the Maurya period. As the students performed to the music set and composed by Sandeep Savla, Amrapali’s impact on Indian culture was depicted with clarity and succinctness.

The dances continued through the Delhi Sultanate and the Moghul periods. The Bhakti movement during this period was soulfully portrayed in the renditions of Meerabai’s devotion and the Sufi movement. As the show progressed through Laxmibai’s fight for India’s freedom to the modern era, the heart touching performance of Kumud Savla showed the reason why NNKB has continued to produce top Kathak talents in the country.

Finally, it was a proud moment for the parents of the graduating Visharad class of 2018. These dedicated students received their Visharad degrees from Gandharva Mahavidyalaya and were honored on stage by their guru, Kumud Savla. 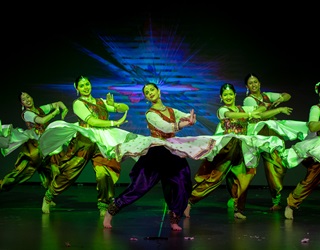 The second part of the evening was energized by the performance of dancers who showcased “NNKB’s Got Talent”! An accomplished and talented panel of judges brought a fantastic twist to this concept. As the performers danced through their items, the judges asked wonderfully insightful questions that allowed the students to communicate to the audience how important the role of Kathak is in their lives and in the Indian community in the USA. The role of NNKB seemed to be ever more vital in providing an opportunity for Indians to be connected with their roots through the Indian arts.

The NNKB team of Kumud, Sandeep, Samta, and Sil Savla, Manjula Devi, Vastana Chivukula, Samaica Deshetty, Kriti Lodh, and Pooja Vaidya, continues to thrill us with new and colorful twists to depict the dance caliber of their students. The costumes, the music, and the concepts, all added vivid colors of their own and culminated in a perfect rainbow on a cool evening. 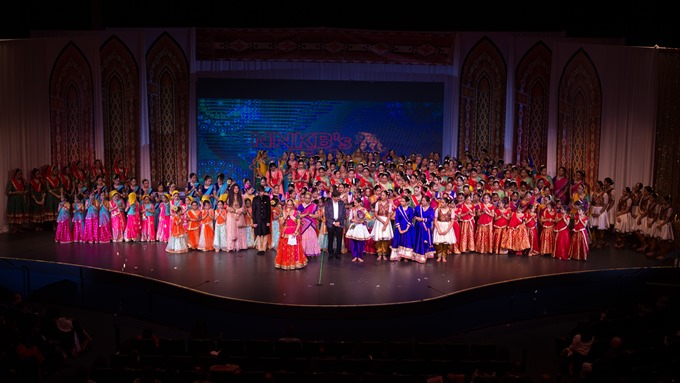