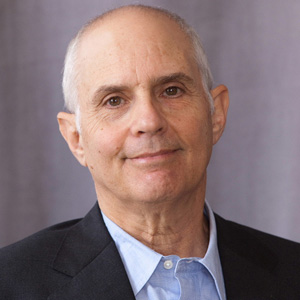 Author and interfaith minister Philip Goldberg was in Atlanta during the week of October 28-November 2 giving talks at the Hindu Temple of Atlanta and the Vedanta Center of Atlanta, as well as participating in the DANAM conference (of the Dharma Academy of North America), held in conjunction with the American Academy of Religions. He was also interviewed for a segment that will be telecast in December on the Atlanta Interfaith Broadcasters (AIB) television in their series, Hindu Faith: a Closer Look, hosted and presented by P. Ravi Sarma, M.D.

Mr. Goldberg’s lectures at the Hindu Temple of Atlanta and the Vedanta Center were well attended, and there was a lively discussion at the end of all the presentations. He spoke about the influence of Vedic and Vedantic thought on American intelligentsia, starting with Emerson and Thoreau, and culminating in the current popularity of Yoga and in the broader acceptance in Western/American society of the Vedic concept of pluralism (“Truth is one; sages call it by different names.”—Rig Veda).

His most recent book, American Veda: How India’s Spirituality Changed the West, is a compilation of the history of various important people in this 200-plus year history of East-West influence and confluence. The research took several years and the result is a beautiful book of about 400 pages, including a 40-page bibliography (notes), and a comprehensive index. The main text is 350 pages, with a very clear description of the various Vedic and Vedantic concepts as well as concise biography of the various sages, monks, swamis and influential thinkers who came to the United States (Swami Vivekananda, Paramahamsa Yogananda, Maharishi Mahesh Yogi, to name a few) and who did not (Ramana Maharishi, Ramakrishna Paramahamsa, to name some).

Mr. Goldberg, who calls himself a participant-observer, and a regular contributor to the religions section of the Huffington Post (www.huffingtonpost.com/philip-goldberg/), presents all the information he gathered in a way that is appreciative of the powerful message of Vedanta to all of humanity, and marvels at the genius of the ancient sages whose conclusions are open to inquiry—by secular, sacred, and scientific communities. He describes the profound impact of Yoga on the medical community and how the principles of Patanjali have become part of the health care mainstream. He cites the concept of the Cosmos as envisaged by the Vedas and Upanishads and how closely it parallels the current concepts in physics, especially quantum physics. He speaks about the increasing popularity of Puja and Kirtan within mainstream American society, which may represent the next wave of Easternization of Western society. He is cognizant of the commercialization of Yoga and cautions us not to stray too far from the source, lest it lose its significance and power. He challenges the current and next generations of Hindu Americans to continue to uphold and enhance the understanding of this great gift to humanity from the Vedic and Vedantic sages.