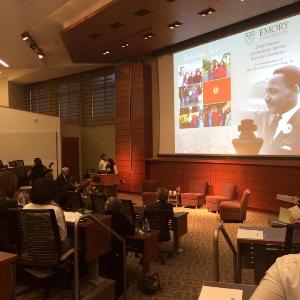 Aparna Bhattacharyya,director of Raksha, speaks at the Community Service Awards Program at Emory University as Raksha is honored by the Rollins School of Public Health. 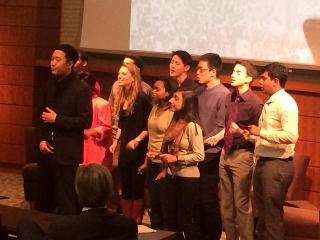