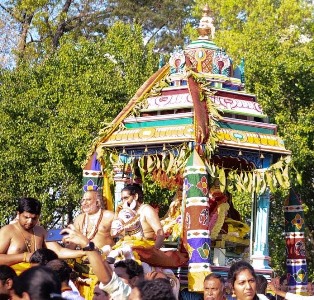 The Hindu Temple of Atlanta in Riverdale reverberated with Vedic hymns, bhajans, kirtans, classical devotional dances, and tunes played by nadaswaram vidwans during the elaborate rituals that marked the celestial wedding of Sita Rama Kalyanam on Sri Rama Navami on Saturday, April 13, 2019. Devotees from Atlanta and nearby places attended the festivities, saying that the atmosphere created an otherworldly experience. 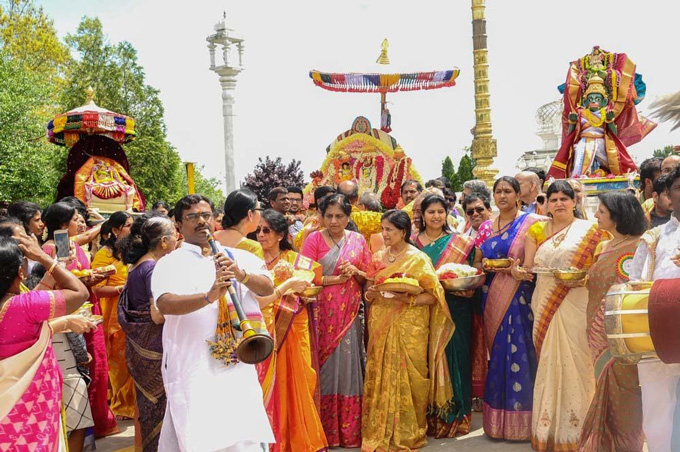 It is believed that Lord Rama along with Sita and Rama’s brother Laxman visited and stayed in Telugu-speaking states of both Telangana and Andhra Pradesh during their14-year vanavasa (exile period). Lord Rama is the presiding deity (Kula Devata and Istah Devata) of every household of these states. Temples dedicated to Lord Rama and Sita are in every village, and huge Hanuman statues stand at many crossroads there. Only in Telugu-speaking states is Sita Rama Kalyanam performed on Sri Rama Navami, while in North Indian states Rama Navami, the auspicious day of Lord Sri Rama’s birth, is celebrated on Chaitra Sukla Navami day, known as Srirama Navami. 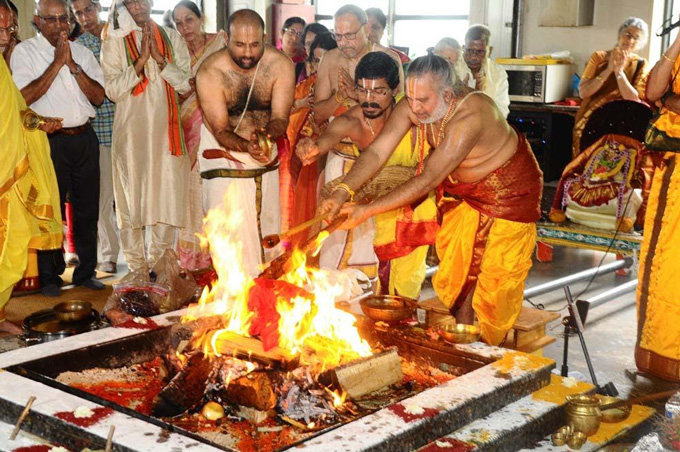 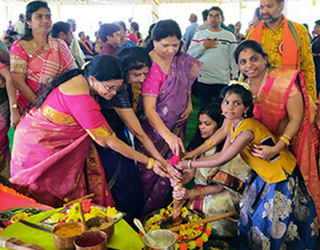 Following homam and abhishekams, the processional murtis of Lord Rama and Sita were brought outside the temple in decorated palanquins. The idols were richly adorned for edurkolu, which is when relatives of bride and bridegroom are introduced, before the marriage, and when the bridegroom is welcomed by the bride’s family. The traditional vadapappu and panakam were then distributed to devotees. Panakam is a drink mixed with jaggery and spices such as cardamom and black pepper. Then murtis of Sita, Rama, and Hanuman were brought to a specially erected venue for the celestial fete Sita Rama Kalyanam. Sri Gopal Bhattar and ten other priests performed the wedding with great ceremony. Then Sri Rama Pattabhishekam was performed. The processional murti of Rama was adorned with a kireetam (crown), Raja Mudrika, Raja Dandam, and Chatram. Later in the evening, Rathotsavam was conducted where the decorated murtis of Sita, Rama, and Hanuman were taken in a chariot around the temple in a grand procession.

Sheela Lingam, president of the temple, explained that this year the highlights of the celebrations included the complete parayana (reading Sanskrit text) of Sri Valmiki Ramayana by temple priests, and Yadha Sakti Karya Siddhi Hanuman Chalisa Parayana for the welfare and world peace by hundreds of devotees for 40 days that started on February 4 and concluded on Sri Rama Navami. Temple priests visited different places across Georgia to conduct group chantings of Tulsidas’s “Hanuman Chalisa.” It is auspicious to witness Sita Rama Kalyanam on Sri Rama Navami, she said.

Including those below and more:
Hindu Temple of Atlanta Sri Rama Navami | Cultural programs
https://youtu.be/DT1wuUHs6Yc