Members of the metropolitan Atlanta community came together on August 2nd, 2016 to celebrate the 98th birthday of “Beloved Dada,” Rev. Dada J.P. Vaswani, the spiritual head of the Sadhu Vaswani Mission in Pune, India, and One who is the sparkling light of love. At the evening satsang, attended by over 100 people, the community sang bhajans (“hymns”), listened to selected verses of the Bhagavad Gita and Nuri Granth, which is a compilation of Sindhi songs and poems composed by Gurudev Sadhu Vaswani, received a special message from Beloved Dada, and prayed and meditated. Mrs. Geeta Mehrotra, CEO of SVC Atlanta, thanked everyone for participating, especially Neera Bahl, Punam Keswani, and Gita Ramdaney (event co-sponsors). 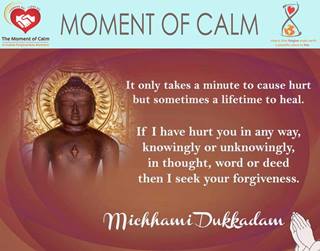 Earlier, at 2pm for two minutes, SVC Atlanta observed the Moment of Calm (MOC), which is a global forgiveness moment and movement for peace. Members of SRF, SEWA Georgia, Sant Samagam, and Sant Nirankari Mission also joined in the evening at Sadhu Vaswani Center Atlanta, Global Mall to again meditate together to forgive. Prayers were made to meet everyone with love, and to return good for evil. This year, 18,214,128 forgiveness pledges were made from all over the world.

In addition, SVC Atlanta supported Nicholas House, a local nonprofit, by organizing a drive and donating back-to-school supplies for children. Concurrently, an education drive for underprivileged children in India was also organized, with each sponsor donating $50 per child for one year of school fees.

The day started with ​satsang with senior citizens, Mahamritunjaya Havan, Hanuman Chalisa, and ​bhajans. With gratitude, gifts were given to the senior citizens.