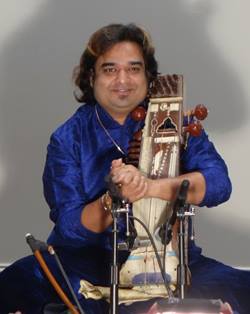 On Sunday July 8, 2018, Param-Shikhar Academy of Tabla, based in Suwannee/Cumming GA, presented a fund raiser for Chinmaya Mission of Alpharetta (CMA) with a concert titled “Experience the Rich Musical Heritage of India” featuring Hindustani classical music by a host of well-known musicians both from Atlanta as well as visiting from India. 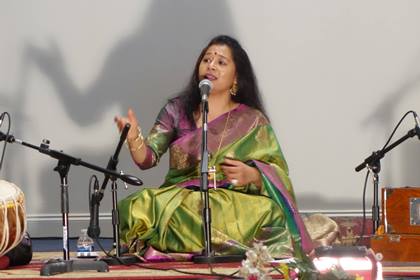 The concert was in two segments: vocal and instrumental. The vocal segment featured Debasri Dutta on vocals, Amitava Sen on harmonium, and Anjaneya Sastry on tabla.

The instrumental segment featured Pankaj Mishra on sarangi, accompanied by Anjaneya Sastry on tabla. The artists regaled the audience with a string of classical compositions based on popular raagas like Des and Madhuvanti, set to taals like Addha, Vilambit Teental, Ek Taal, and Drut Teental. 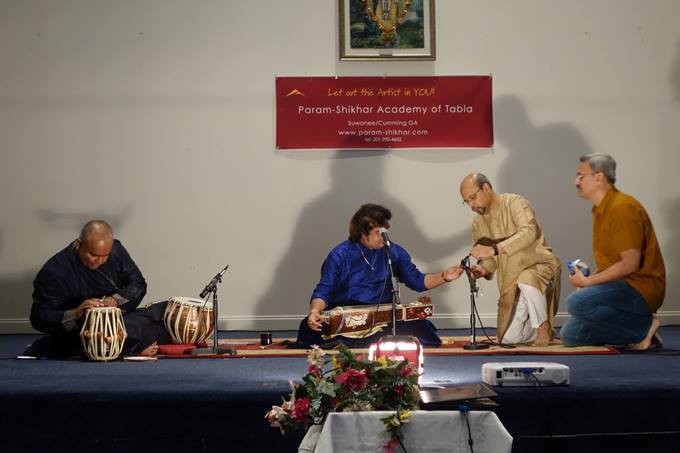 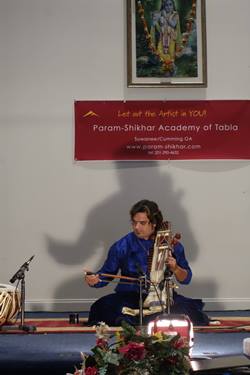 (Left) Discussion and a fun quiz followed the concert.

The program also featured a raffle quiz for all attendees, where holders of winning tickets were presented with questions about the performances, and correct answers earned them some exciting prizes to take home.

The concert was well received by both connoisseurs and students of music. The Founder-Director of Param-Shikhar Academy, Shivprasad Kotagal, expressed his gratitude to CMA for patronizing the Indian classical art forms and to the artists for participating in this effort to raise money for a great cause by offering their time and talents. 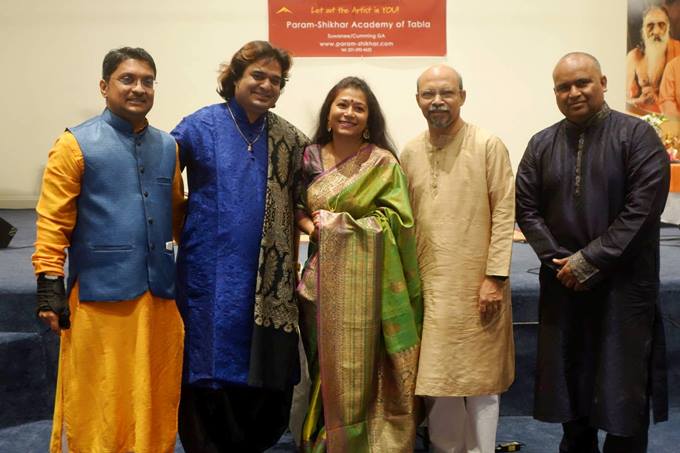 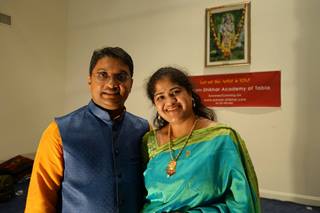