Sri Rama Pattabhishekam, A Kuchipudi Ballet: Brilliant Performances and a Good Cause 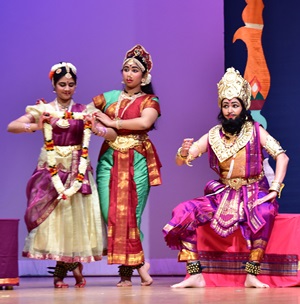 The Hindu Temple of Atlanta (HTA) held a Kuchipudi ballet, Sri Rama Pattabhishekam, on Sunday, December 10th at Clayton County Performing Center to raise money for the temple’s perimeter wall project. HTA considers it a high priority to build a fence around its premises to make it more secure for the devotees and the resident priest families who live there.

The ballet was presented by the Academy of Kuchipudi Dance, its director, Smt. Sasikala Penumarthi and her students. One cannot but wonder how, after all the major obstacles encountered in the making of this dance drama, not to mention the snow storm in the days leading to the program, the event ended up as one of the best ballets ever presented in Atlanta. Many felt it was truly a divine intervention. The audience, several hundred strong, were made to believe they were in Thretayuga, witnessing Sri Rama’s journey live leading up to the crowning of the 7th incarnation of Maha Vishnu. Unbelievable homemade costumes and settings by some of the students and their families, and wonderfully tuned music with melodious voices created an unforgettable ambiance. The audience was spellbound throughout the two-hour performance.


Vasu Tummala as Sri Rama, Sudha Natarajan as Lakshmana, Neelima Tummala as Ravana, Sastry Bhagavathula of Rochester, New York as Hanuman, Amoolya Nagarur as Kaikeyi, Jayanthi Narayanan as Mandhara, Akhila Takkalapalli as Surphanaka, Sesha Lakkakula as Dasaradha and Ravana in disguise, and Sridhar as Guha lived in their roles and showed mastery in their skills. The ballet was beautifully choreographed by Mrs. Sasikala who, no surprise, also did a marvelous job as Sita. Ratika Gunturi, while being a dancer, played a key role in coordinating the event. Every performer was totally absorbed in his or her role.

The ballet was written by Mr. B. S. N. Murthy and set to music by Mr. D. V. S. Sastry, both from Hyderabad, Andhra Pradesh; the jatis were composed by Sastry Bhagavatula who played the role of Hanuman. The music was a treat to the audience. The live orchestral support was given by Mr. D. V. S. Sastry, Mrs. Subhashini Krishnamoorthy, Mr. Subra Viswanathan on vocal, Mr. Lakshminarayanan on violin, Mr. G. S. Rajan on flute, Mrs. Seshu Sarma on veena, Mr. Suresh Kothandaramanand on mridangam and Mr. Anjaneya Sastry on tabla. The man behind the production was Mr. Ravi Penumarthi who worked tirelessly for many months. 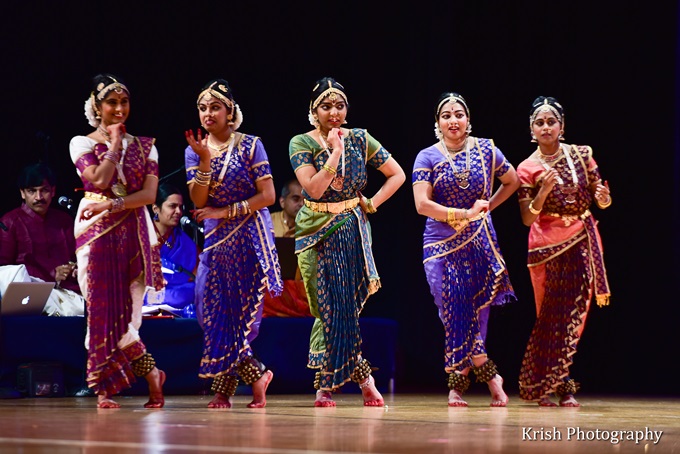 The president of HTA, Smt. Kusuma Kotte thanked the audience for their support of the perimeter project and requested devotees and supporters of HTA to contribute donations for this vital project. 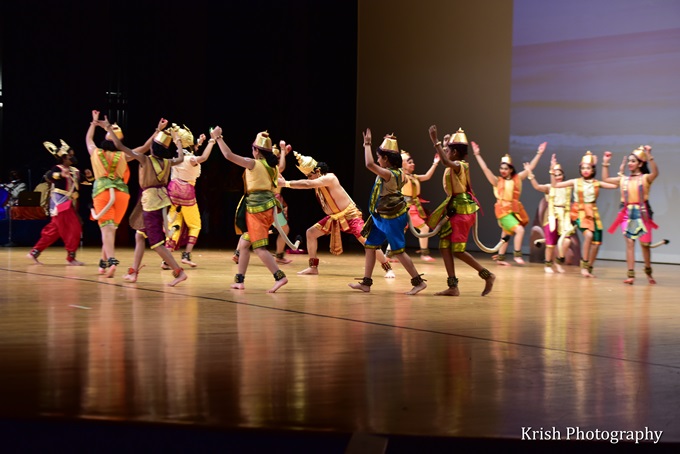