Twenty Years! That is a long period to sustain any event, with the exception of religious festivals, in a rapidly changing vibrant community. Vibha Cricket, started in 1999, did just that and completed twenty years! The reasons for this stupendous feat can be many. The compelling cause of underprivileged children, the uninhibited spirit of the volunteers of Vibha, the absolute love for the game of cricket—or a perfect mixture of all the three—carried this tournament in all these years and propelled it to be one of the mainstays of the cricket calendar in Atlanta!

“We take great pride in the fact that it was Vibha that introduced and promoted the hard tennis ball cricket in Atlanta. We tapped into the passion of cricket as a vehicle to make a difference in the lives of children. In these 20 years, in addition to raising more than $750,000 in direct fund-raising, this tournament brought together dedicated volunteers and committed corporate sponsors to all other fundraising events of Vibha,” said Srinivas Vemulapalli, a volunteer of Vibha who had played a significant role in organizing all these tournaments since inception.

The women’s cricket tournament, also started for the first time in Atlanta by Vibha in 2015, is gaining popularity with new teams—some playing cricket for the first time in their life—joining to play with gusto. The 2018 Chief Guest, Ricardo Powell, who played for West Indies in International Cricket and is currently Chairman of the USA Cricket Selection Panel, made a special mention of the promotion of women’s cricket by Vibha and hoped that this would serve the critical need for more women cricketers for Team USA.

The twentieth edition of the tournament saw a renewed commitment and excitement for the cause from all the players. All the teams took pride in fundraising through social media for their respective teams, and with matching donations from generous sponsors, a total of $150,000 was raised for this event. The best fundraising teams—Cool Guys, who raised close to $12,000, and Pitch Perfect, a new women’s team that raised $6,500—were specially recognized. President and CEO of FutureTech, Mr. Sravan Vellanki, who has taken a keen interest in the growth of cricket in Atlanta and is a force behind the success of this tournament over the years, said, “No one has ever become poor by giving. I am proud of all the cricketing families in Atlanta for their generous donations and making a tremendous difference. We are glad to be in association with Vibha for the past two decades. It made me a better person and FutureTech a more socially responsible company.”

The Blazers and the Monster Kings fought it out in the finals. (Photo: Rao Gv)

The tournament, played over three successive Saturdays started on April 21, 2018 with 42 Men’s teams and 11 Women’s teams. The excitement of Vibha cricket—the last ball finishes, super-overs, and close calls—continued all through the tournament. The Men’s Semifinal match between Marietta Mayhem and The Atlanta Hand Specialist Blazers was the highlight of the tournament. Blazers set a modest target of 63 runs and defended it in a dramatic over by the Best Bowler of the Tournament, Rajshankar Lakshminarayanan, in which three wickets were taken, one on the last ball after conceding a sixer in the penultimate ball. After winning the game in the super over, Blazers won the finals easily by setting a huge total of 89 runs, powered by 44 runs from the Man of the Match, Divakar Mayakrishnan, and getting the Monster Kings out for 65 runs. Gaurav Ahuja of Marietta Mayhem was awarded the Best Batsman of the tournament. Srinivas Vegi of the Monster Kings was awarded the Man of the Tournament for his overall performance with the bat and the ball. 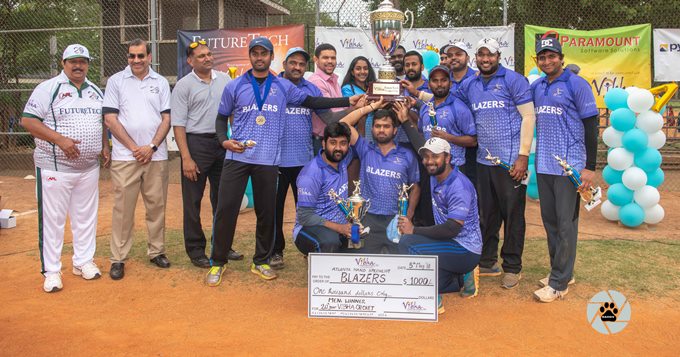 The Firebirds regained the title from the ATL Strikers. (Photo: Rao Gv)

The Women’s Tournament—that already became the talk of the town in social media with colorful team posts in full tournament jerseys—saw tremendous spirit of competition on the field, with four new teams joining seven from last year. While there was enough resistance by teams like Chak De, the returning champions Firebirds, led by Gurpreet Kaur, and the 2016 champions ATL Strikers, led by Padma Padala, reached the finals. In the final match, Firebirds continued their dominance with the bat, led by the Woman of the Finals Anuradha Sundar and Patricia Salles, in setting a huge target of 72 runs in 10 overs and restricted ATL Strikers to 50 runs to regain the title and lift the newly minted rolling trophy for Women’s Championship. For their overall performance in the tournament, Padma Padala was declared the Woman of the Tournament, Anitha Shanmugam was Best Bowler, and Jasmine Patankar was Best Batswoman. The Fair Play awards were given to the women’s team Supernova and the men’s team United CC.

Champions for the cause! (Photo: Rao Gv) 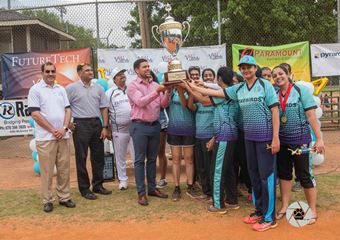 With lots of pats on the backs of the winners and the volunteers, the tournament came to a successful completion on the evening of May 5. Sanjay Narla, who played this tournament for the past 18 years and led a huge contingent of players under the Monsters banner, winning several times over the years, took the role of organizer this year along with Srinivasa Duddempudi and exclaimed his experience as humbling and said this is the best group of volunteers to be associated with for a great cause.

Moving on from one tradition to another, and with renewed commitment from the tremendous success of Vibha Vibe and Vibha Cricket, volunteers are gearing up for the DreamMile, which will also be in its 20th year, to be held on the September 15. Another tradition-in-the-making event called “Are you Ready for College?” is being planned for middle and high school students on August 12.

So, what drives these efforts to become traditions? A commitment to the cause, the spirit of the volunteers, and the tremendous support of the community!

Photo Gallery:
Including photos of the Capoeira performance
https://www.facebook.com/pg/VibhaAtlanta/photos/?tab=album&album_id=10160257722345117 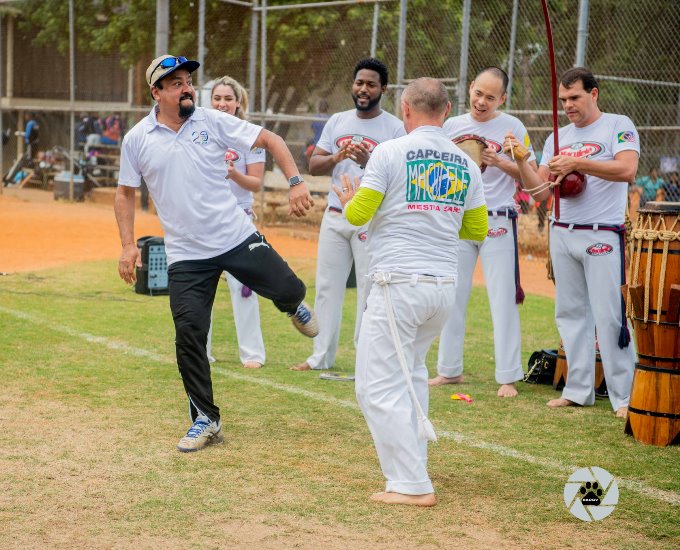 Durgesh Das having fun with the Capoeira team! 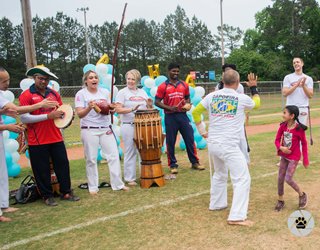