Young women empowered by faith: a display of diversity, similarities, and affection 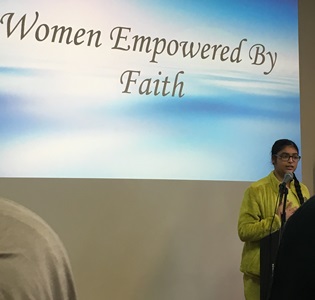 On a quiet Saturday morning, when they may have preferred being tucked away in the comfort of their beds, a number of young women in the Atlanta area chose action over sleep. Their sacrifice in choosing to attend an interfaith seminar at a local mosque is an example of the zeal which can build bridges and heal the fabric of our nation.

This was not, however, any interfaith seminar—it was one organized by and for young women. The ladies’ youth group of the Ahmadiyya Muslim Community in Norcross thought of this initiative, and wanted to provide a platform for girls to speak on how they feel empowered by their faith. 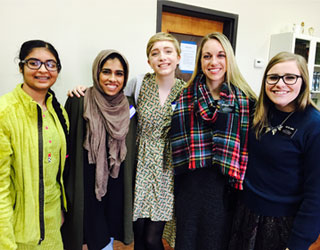 The speakers featured were Simran Kaur Malhotra of the Sikh Community, Sister Kutterer and Sister Johns of the Church of Jesus Christ of Latter-day Saints, Abigail Breuker of the Methodist Christian community, and Baria Manahill of the Ahmadiyya Muslim Community. Though diverse in their beliefs, they were united in the feeling of peace and empowerment that their faiths provide.

Gathered at Bait-ul-Ata mosque in Norcross, the audience members, too, recognized the immense similarities woven through their different faiths. This recognition of connections was soon visibly morphed into affection, as new friends met. As lunch was served, smiles abounded and conversations sparked.

This recognition of similarity through diversity and the affection which resulted from it serves as a microcosm for an epiphany that America is greatly in need of, now more than ever.

In an era of the blatant fear-mongering, racism, and Islamophobia advocated by Donald Trump and his likes, this event served as a humble reminder that opening a dialogue can reveal a path to progress, and that young women can be the ones to spearhead these efforts.

By speaking about our faiths and learning about other faiths, we can stymie the perpetuation of a radical conservative ideology which has undercut American society, for much too long. One easy way to learn about what Islam really teaches is to join a nationwide effort by going to TrueIslam.com and endorsing the 11 points about the True Islam. Point 3, for example, is about the fundamental equality, education, and empowerment of women in Islam, as demonstrated by this interfaith event. In learning about what Islam really teaches, you can help combat not only Islamophobia, but also the extremist ideologies which claim that their teachings are based in Islam.

The young women who spoke at and attended this event realized the fundamental importance of genuinely learning about all faiths. With their efforts they took the first step towards creating an environment in which differences are embraced, similarities realized, and affection for all others, no matter their religion, prevails. 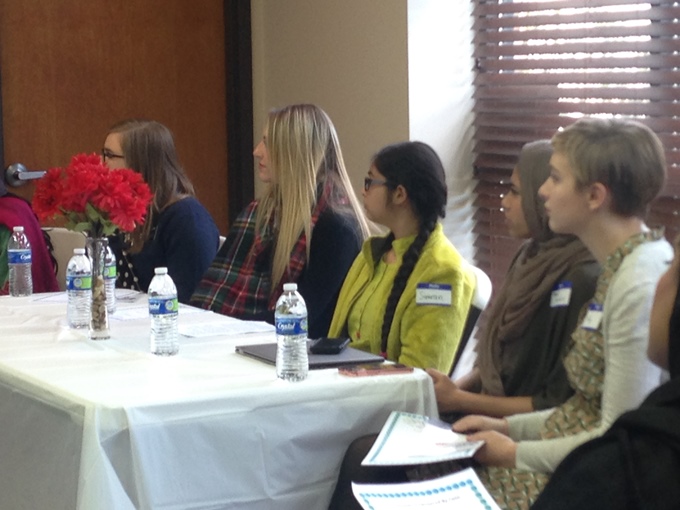