Evergreen Dev Anand is no more 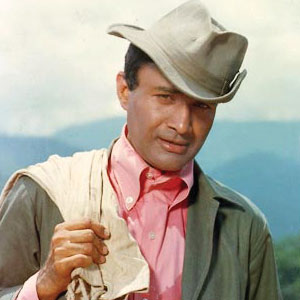 Bollywood plunged into mourning as the original romantic hero and style icon, the evergreen Dev Anand passed away in his sleep due to a massive cardiac arrest on December 3 in a London hotel. He was 88. His son Suneil was by his side when the end came. The beloved actor, producer, director was bid a tearful adieu as his mortal remains were consigned to flames on December 10 amid the tunes of some of his most memorable songs, "Abhi Na Jao Chor Kar" and "Gaata Rahe Mera Dil" at the Putney Vale Crematorium in London.

The legendary Dev Saab was part of the famed trinity along with Dilip Kumar and the late Raj Kapoor who ruled the hearts of millions of film enthusiasts in the 1950s and 60s. His films like Guide and Hare Rama Hare Krishna spoke of issues ahead of their time. Age never dimmed Dev Anand’s passion for films—in fact, he was said to be planning a sequel to Hare Rama Hare Krishna. Amitabh Bachchan said that Dev Anand’s death has left a void never to be filled again.