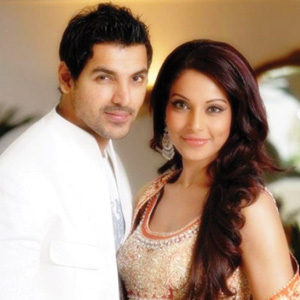 After months of speculation about the status of their relationship, it seems quite clear that the attractive twosome of Bipasha Basu and John Abraham have finally called it quits. They have stopped attending events together and hardly talk about each other. The buzz is that Bips wanted marriage—not surprising since they’ve been a couple for 10 long years—while Johnny boy didn’t want to be tied down. Also, rumors of Bipasha’s dalliance with her Dum Maaro Dum costar Rana Daggubati as also with her Singularity costar Josh Hartnett, are said to have driven the final nail in the coffin, so to say.