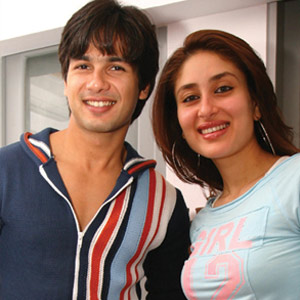 The big buzz this time is that former lovers Kareena Kapoor Khan and Shahid Kapoor will be reuniting on the big screen after a hiatus of seven years. It is being said that Kareena has been approached to play the lead in Udta Punjab which is being directed by Abhishek Chaubey of Dedh Ishqiya fame. Shahid Kapoor and Alia Bhatt are already on board. But it is still not clear whom Shahid will be romancing in the movie, which deals with the drug problem in Punjab.

By the way, it is being rumored that Shahid himself suggested Kareena’s name to the producers as he feels that she is a terrific actress.