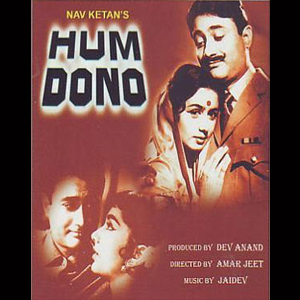 Set during the period of World War II in the backdrop of the Indo-Burma war, Hum Dono is not really a war film. Rather, it’s a fascinating emotional drama brought to life through terrific acting by the inimitable Dev Anand (his first double role), and his two heroines Sadhana and Nanda. No wonder, it went on to become a huge hit during the time.

When an army officer, Major Manohar Verma (Dev Anand) is presumed dead in battle, his friend and look-alike Captain Anand (also Dev Anand) is tasked with breaking the news to his family. However, circumstances force Captain Anand to impersonate the officer thought to be dead, leading to many awkward and poignant situations.

Dev Anand’s chemistry with the lovely Meeta (Sadhana) is as charming as his vulnerability with Ruma (Nanda, endearing as Major Verma’s ailing wife). The final dramatic face-off between the two Dev Anands is the highlight of the film.

Interestingly, Hum Dono was relaunched in color after exactly 50 years on February 4, 2011. The movie was also India’s official entry for the Berlin Film Festival in 1962. 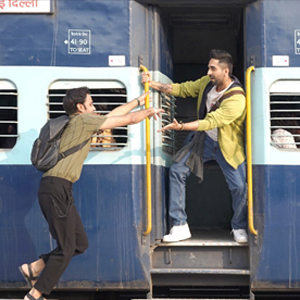