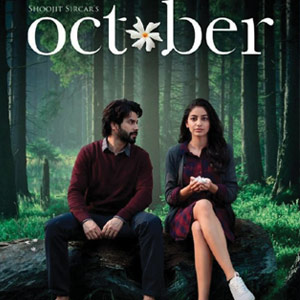 October is the kind of film that asks to be felt, not just watched. What it leaves unsaid heightens the essence of the movie that moves at a languid, unhurried pace—so it may not appeal to the masses. For the discerning viewer, however, this sensitive saga of love, loss, and longing promises to be a soul-stirring cinematic experience.

The always irritable yet lovable Dan Walia (Varun Dhawan) and the steadfast and composed Shiuli Iyer (Banita Sandhu) are management interns in a Delhi hotel. They share nothing more than casual conversation until an unfortunate freak accident lands Shiuli in hospital. This affects Dan far more deeply than he ever imagined, leading to a rare emotional connect between the two.

October could have gone horribly wrong and turned out to be a boring, tragic film, but Juhi Chaturvedi’s insightful writing, interlaced with humor, and Shoojit Sircar’s nuanced, masterful direction ensure that the grim mood never suffocates you and the sadness unfolds gently. October also has striking camerawork and a subtle soundtrack with, refreshingly, no manipulative cues. In fact, that’s the beauty of October—it’s free of melodrama.

Every character in October leaves an impression. Varun admirably sheds his Bollywood hero trappings to embrace a coming-of-age role that’s out of his comfort zone. But it is Gitanjali Rao, as Shiuli’s suffering yet stoic mother, who leaves the greatest impact with the most magnificent, evocative performance seen in recent times on celluloid. 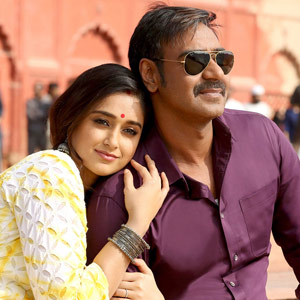