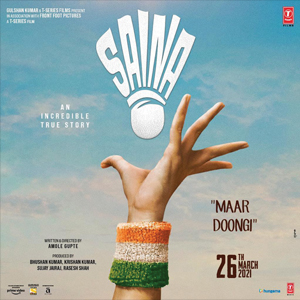 The film tells the inspiring journey of one of our greats—the badminton ace Saina Nehwal. Despite its shortcomings—a sluggish pace, repetitive scenes and some inconvenient truths being glossed over—Saina is watchable enough.

Beginning with Saina’s historic win at the Commonwealth Games, the story is then narrated as a series of flashbacks, with the fi rst half being mostly devoted to her ascent. Drama only picks up in the second half when Saina’s career falters and she has a confl ict with her coach and mentor, Rajan, obviously modelled on Pullela Gopichand.

Much of Saina’s grit is credited to her mother who was determined to make her daughter a champion of champions. A female Mahavir Phogat Singh of Dangal? Meghna Malik, as the mother, is really loud but she does bring energy into the narrative.

The weight of the fi lm, of course, rests on the shoulders of Parineeti Chopra, who plays down her innately vivacious personality to become the not-so-fl amboyant character she plays here. It’s clear the actress has worked hard on her body language though her performance is a bit inconsistent, much like the movie.

Manav Kaul does a fi ne job as the coach, and one wonders why he is not seen more often on the silver screen.

The music by Amaal Malik and lyrics by Manoj Muntashir are worth a mention. The number Parinda stands out. 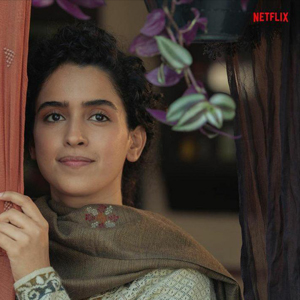