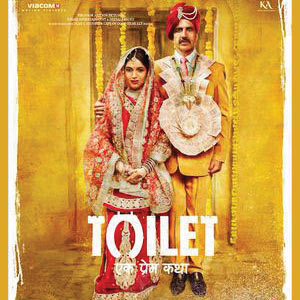 Toilet: Ek Prem Katha is a trailblazer of sorts. After all, it must be the only love story in the world that hinges entirely around a toilet! Inspired by four true incidents, this film on the theme of open defecation is praiseworthy in its attempt to highlight this very real problem in rural India (the setting is authentic) in a mostly entertaining way. Where it wobbles is in the second half where the constant harping on the social message gets tiresome. It also comes across as a blatant PR blitzkrieg for Prime Minister Narendra Modi’s Swachh Bharat Campaign.

In a village of Uttar Pradesh, a young educated bride, Jaya (Bhumi Pednekar in terrific form) walks out on her husband Keshav (Akshay Kumar) on discovering that there is no toilet in her marital home. She refuses to join the lota party (the group of women who head for the fields in the morning). Will the elusive toilet be made in Keshav’s house?

The always sincere Akshay Kumar is convincing as a man who transforms from a somewhat callous rake into a crusader of women’s rights, taking on the system, society, and his own father, who is unwilling to let go of his superstitious beliefs (an excellent Sudhir Pandey).

Bhumi, playing Akshay’s feisty wife, sparkles yet again and the chemistry between the two is terrific. Special mention must be made of Divyendu Sharma, who plays Akshay’s younger brother. The guy’s comic timing is impeccable.

Watch Toilet: Ek Prem Katha for its smooth and breezy first half. 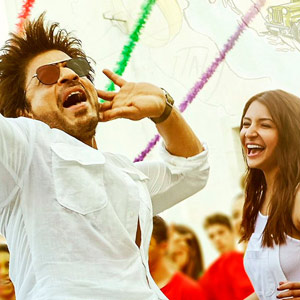