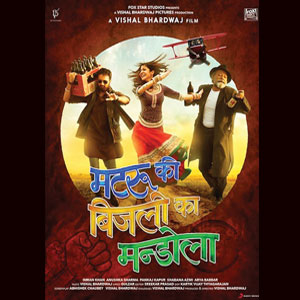 What do you expect from a movie with a mouthful of a title like that? Like its title, Vishal Bhardwaj’s latest offering is quirky, wild and whacky. Like its title, it is also confusing, but you have to give it to the director—he attempts to blend comedy, romance, and satire, even Shakespearean and Maoist elements. Yes, Matru Ki Bijlee... beneath all the trappings of a comic caper, is actually a political satire that deals with the serious issue of land grabbing.

Harry Mandola (Pankaj Kapur) is the undisputed king of a village somewhere in Haryana. He is actually two men in one: he is caring and generous when drunk and downright vile and nasty when sober. His Man Friday, the law graduate Matru (Imran Khan) is in love with Bijlee (Anushka Sharma), Harry’s Oxford-returned daughter. At the crux of the story is the plot hatched together by Harry and a corrupt politician Chaudhari Devi (Shabana Azmi), to usurp the fertile land owned by the village farmers, for their own vested interests.

Pankaj Kapur, as Harry Mandola the tycoon with a split personality, is absolutely marvelous. Shabana Azmi, the accomplished actress that she is, is wonderful as the scheming politician. Anushka Sharma is in her comfort zone here, playing the feisty girl once again with great energy. She is quite a natural and looks lovely, too. But the big surprise here is Imran Khan. His rustic Haryanvi turn, though he doesn’t get the accent bang-on, is quite a revelation. The guy proves that if given a good role, he can do an earnest job of it, though the effort shows sometimes.

However, despite many things going for it including the music, Matru Ki... is a jerky ride. 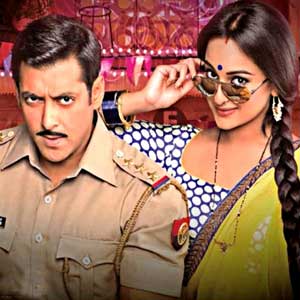