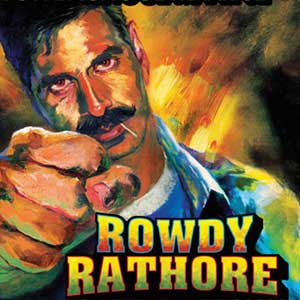 There couldn’t have been a more apt title for this film. It is loud, noisy, and over the top, very unlike a Sanjay Leela Bhansali production. The only reason you sit through it is Akshay Kumar who returns to his favorite genre, action, with a vengeance, quite literally, and that too, in a double role. A cross between Dabanng and Singham, Rowdy Rathore seems to be inspired by all the masala potboilers of the 70s and 80s. It is actually the remake of a Telugu hit.

Akshay plays Shiva, a petty thief, as well as an honest police officer, Vikram Rathore, who is killed by the village baddies. Shiva then steps into the dead cop’s shoes to avenge his death. The buxom Sonakshi Sinha (Paro) is Shiva’s love interest and plays the desi girl to perfection. But she has little else to do. Akshay is charming and convincing in both the parts, and wonderful in the action sequences, which pop up every ten minutes in the second half. The moustache suits him like anything.

The music is good, so is the cinematography. The dialogues pack a punch. But the movie is excruciatingly long and terribly predictable in the second half. So unless you’re a big fan of Akki and of goofiness which passes off as entertainment, you could avoid this one. But let me add that some in the audience would find Rowdy Rathore paisa vasool entertainment. You could be one of those, depending on your sensibility. 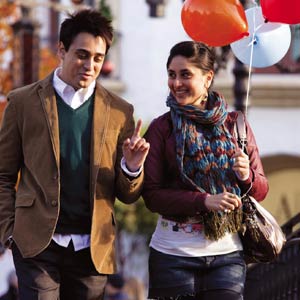