AIR KERALA SET TO TAKE OFF 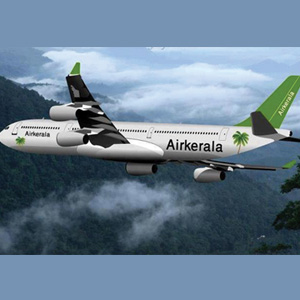 The skies above India are about to get more crowded. Later this year, the state of Kerala will launch its own airline: Air GOC (God’s Own Country).

Actually, the airline will be called Air Kerala, and will fly from cities in Kerala to the Gulf. These are extremely lucrative routes, serving millions of Keralites who work in countries such as Saudi Arabia and United Arab Emirates.

According to one survey, Keralites bring more than Rs. 72,500 crore annually to their home state. That’s a huge amount of money, almost enough to pay the electricity bill at Mukesh Ambani’s house.

Before it can actually fly international routes, Air Kerala will have to accumulate enough domestic flying credits to meet government regulations. It will join a crowded airspace that will include more than a dozen airlines, some possessing appealing names such as GoAir and FLYeasy.

Air Kerala will be the only airline owned by a state government, and if it’s successful, you can bet other states will launch airlines of their own. We may soon see Air Gujarat, Air Punjab, and Air Orissa.

Air Punjab would fly from Punjab to cities around the world where many Punjabis have settled, cities such as London, Toronto, and Vancouver. Why should Punjabis fly Air India when they can fly Air Punjab and enjoy Punjabi food, music, and movies along the way, not to mention “fasten your seatbelts” announcements in Punjabi?