DR. AMI BERA OF CALIFORNIA IS NOW A U.S. CONGRESSMAN! 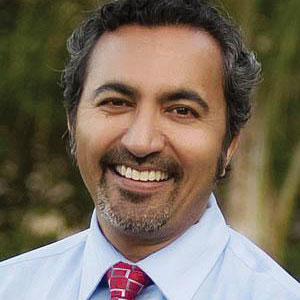 A day after the November 6 general election, a New York Times blog post began like this: “For decades, Indians have carved out successful careers as doctors and engineers in the United States. But Tuesday’s election suggests they shouldn’t switch to politics.”

Perhaps the blogger should switch to medicine or engineering. Dr. Ami Bera, the Democrat in California’s 7th district, is now a U.S. Congressman. He beat his opponent after an extended count and became the second Indian-American Democrat (after Dalip Singh Saund, although that was decades ago) to win a seat in Congress. Bobby Jindal was the first Indian-American Republican to make it to Congress.

What’s more, the other Congressional candidates this year—Manan Trivedi, Jack Uppal, Syed Taj, Upendra Chivukula, Ricky Gill—are all winners, in a way, because they gave it their best shot. Victory is often built on defeat. After all, Bobby Jindal lost his first bid for the Louisiana governorship in 2003. And now he’s almost as popular in the state as Drew Brees.