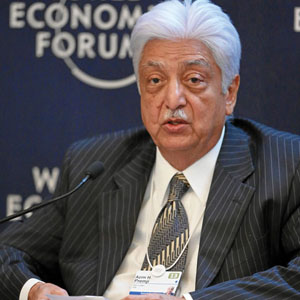 Azim Premji, founder and chairman of Wipro, has given away Rs. 7,904 crore of his wealth in 2020, making him the most generous philanthropist in India, according to EdelGive Hurun India Philanthropy List 2020. He has donated an average of Rs. 22 crore (almost $3 million) per day.

Premji, 75, is giving away ten times as much as Shiv Nadar and family, who appear second on the list of generous Indian philanthropists.

“My father has always believed that he was a trustee of his wealth and never its owner,” tweeted Rishad Premji. “Being part of the communities in which we live and work is also a core part of Wipro.”

“It was Mahatma Gandhi who, after my mother, most strongly influenced my thinking and actions on what I should do with the privilege of my wealth,” the billionaire said. “The Mahatma’s idea that the wealthy must be trustees of their wealth for the good of the people and the community, has resonated with me from much before I became wealthy.”