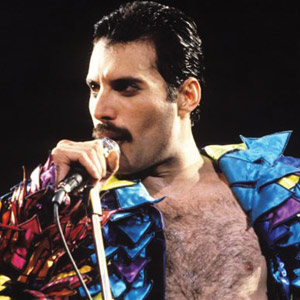 Fans of Freddie Mercury celebrated his 70th birthday on September 5, remembering the legendary Queen rocker who died a quarter-century ago. Among the tributes showered on him: an asteroid discovered in 1991, the year of his death, was named Asteroid 17473 Freddiemercury.

Newly released photos showed Mercury as a youngster, then known as Farrokh Bulsara, growing up in Zanzibar as the son of Parsis. Mercury would later attend St. Peter’s, a boarding school in Panchgani, Maharashtra. It was there that he and four classmates formed their first band, The Hectics.

Anvar Alikhan of Scroll.in interviewed three of Freddie’s former bandmates, as well as some of his classmates, to unearth new details about his early life. The boys formed the band “mainly to impress the girls,” recalled Bruce Murray, one of the band members. “We certainly were not musicians. Yes, Freddie was a great musician, but the rest of us just made a lot of noise.”

Their instruments included a guitar, a drum, an old tea chest with a string attached to it, and an old school piano that was played by the prodigy among them. Despite his musical and vocal talent, Freddie faced a lot of pressure, especially from his father, to pursue a conventional career in law or accounting. None of his former bandmates foresaw the heights that Freddie would achieve, propelling Queen to the top of the charts with a resonant voice that still astounds today. “If only I knew how big he would become,” Murray said, “I would have applied for the post of his manager.”