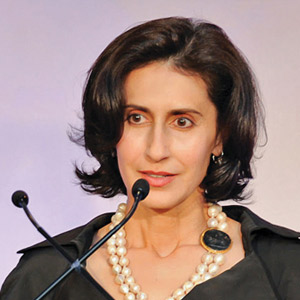 Ambassadorships are plum positions, but they don’t carry the importance of a seat in Congress or a state governorship. Perhaps that’s why the Indian media didn’t dispatch a slew of reporters all over the country to track down Raji’s relatives. Surely she has a grandmother or great aunt in some remote village who could express the family’s pride at her achievement, saying something like, “From the time she was a child, we knew she would do something great with her life.”

Raji, an investment banker, is eminently qualified for an ambassadorship: she raised $3 million for Obama’s 2012 re-election campaign. That’s how it generally works.

America’s first Indian-American ambassador, Vinai Thummalapally, a college friend of Obama’s, served in Belize from 2009 to 2013. He had no previous experience as a diplomat, but did pass the president’s foreign service exam, which consisted of a single question: “How much money did you raise for me, bro?”

Even if Raji, like many others, bought her way to an ambassadorship, it was still a proud moment for Indian-Americans, as reflected in the Indian media. But there was only one problem: The pesky Iranians were also claiming her. A tweet from Trita Parsi, president of the nonprofit National Iranian American Council, called Raji the first Iranian-American ambassador to Sweden. I know what you’re thinking: “Silly Iranians, they’re always mixed up!”

The White House staff didn’t help matters. They printed Raji’s bio on the official website, stating the following: “Raji was born in Tehran, Iran, and spent her early years growing up and studying in Iran and Western Europe. She attended and graduated from an international high school in Lausanne, Switzerland, where she was a competitive downhill skier and chess player, before coming to live in the United States for the first time, to attend college at age 17. Throughout her life she has lived, studied, and worked in the Middle East, Latin America, Western Europe, and the Far East, and is fluent and literate in several languages, including Farsi and French.”

What? No mention of her grandparents in India or her fluency in Hindi? How could that be? Surely someone at the White House must have a drinking problem. With a name like Azita Raji, she has to be Indian-American.

The Indian media were soon being blamed for jumping to conclusions and not checking their facts. But I’m not quite convinced that they got it wrong, especially since Raji has not shared her family tree.

Just because she was born in Tehran doesn’t mean that her parents didn’t come from India. For all we know, she could be Indian-Iranian-American. Perhaps the Iranian community is covering up her connections to India, trying to take all the credit for her achievements. I wouldn’t put it past them.

Perhaps they also raised a lot of money for Obama’s re-election campaign. Sent him a big check, along with a note that said, “Whomever you appoint as ambassador to Sweden, please tell everyone that she’s Iranian-American.”