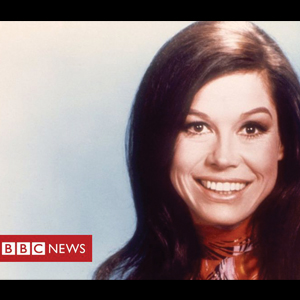 BBC News recently sent out a tweet that announced the death of a legendary American actress.

When I saw the tweet, I felt sad. It is always sad when a celebrity you adore dies. It is even sadder when the celebrity dies for the second time.

But as a celebrity, she was at great risk of dying again. If you’re a celebrity or other public figure, you run the risk of dying several times, both before and after your actual death. This risk has always existed, but it’s even greater in the internet age, when a single keystroke can produce a web page or release a Tweet announcing your untimely death. Imagine what it’s like to be reading your Twitter feed and suddenly discover that you have died.

BBC said that the tweet about Moore’s death was sent “due to a technical error.” I wonder how many Twitter users were shocked to hear about Moore’s death, unaware that she had died four years earlier. It wouldn’t surprise me to learn that any memorabilia related to the actress increased in value following the tweet. If an autographed photograph of her doubled in value upon her death in 2017, surely it doubled again upon her second death.

If Moore is in heaven, as many of her fans believe, she might have heard about the BBC tweet.

Angel: “Mary, the BBC just announced your death on Earth.”

Moore: “But I came here four years ago!”

Angel: “Are you upset that you may have left Earth too soon?”

Moore: “Oh no, it was the perfect time to leave. I managed to miss the Trump presidency!”

Unlike Moore, most celebrities are alive when their deaths are announced prematurely. This happens partly because many news organizations prepare obituaries for public figures as soon as they reach a certain age or contract a life-threatening illness. These obituaries are almost ready for publication, with only a few additional details needed, such as the exact time and cause of death. Every now and then, an obituary will be inadvertently released into public view while its subject still has a pulse. That’s how actor Kirk Douglas learned of his demise. He was 97 when People magazine published his obituary on its website in 2014.

I can’t help wondering if the magazine’s editor received a phone call about the obituary.

Douglas: “I’m calling about the wonderful Kirk Douglas obituary on your website.”

Editor: “Thank you for the clarification. Is there anything else we need to clarify?”

Douglas: “Well, if it’s no bother, can you mention that Mr. Douglas enjoyed reading his obituary? He appreciates all the nice things people said about him. He hopes he can reciprocate one day.”
It would be six more years before the magazine published Douglas’ obituary again. This time he couldn’t make any calls.

While obituaries are sometimes published prematurely, celebrities also fall victim to mistaken identities and other mix-ups. When actor and producer Shashi Kapoor died in December 2017, Times Now sent out a tweet misspelling his last name as “Tharoor.”

That prompted Shashi Tharoor, the author and politician, to borrow from Mark Twain humorously and tweet: “We’re getting condolence calls in the office! Reports of my demise are, if not exaggerated, at least premature.”